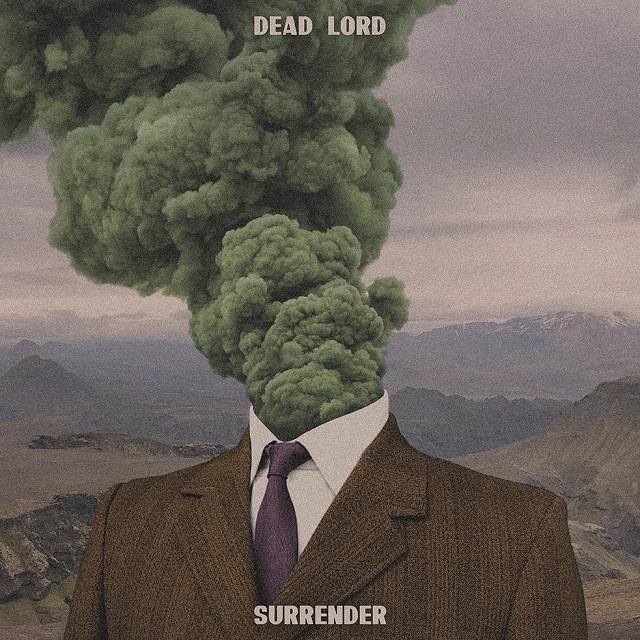 Despite the moniker, there's nothing death or black metal on offer here. Instead, one of the most exciting hard rock discoveries, Sweden's Dead Lord are virtually unknown in North America. Their sophomore effort for Century Media (fourth overall), will go a long way to rectifying that situation. Hopefully. No doubting guitarist/singer Hakim Krim's influence: Thin Lizzy mainman Phil Lynott. The Swede's timbre reminds one of the legendary Celt and the twin guitar foursome recall that band's best moments. Big shoes to fill!

Catchy, start-stop rhythms and guitars let loose on the chorus/break, with Krim's strong/clean voice on top. These three elements are crucial to the sound (as they were for classic Lizzy). Unadulterated, simple & infectious formula, but so few can pull it off, needing costumes, make-up or maybe satanic gimmickry to get people interested in the "music". Not Dead Lord.

Take a look at the lyrics to (cowbell accented) "Evil Always Wins", seemingly ripped from today's headlines: "Only the victors will write the history books. The narrative is always heroes, never crooks." Third single "Messin' Up" is virtually acoustic, inhabiting the same territory as something like Lizzy's "Cowboy Song". What's great is when it comes time to rock out, the intensity multiplies (thanks to the dynamic surroundings). Check out "Bridges" or album closing, guitar scorcher "Dystopia". Some of that wacka wacka, ‘70s porno soundtrack, bass shuffle is evident throughout "Gonna Get Me", while "Authority" steps back in time, to ‘70s rock.

Those already in the know might want to seek out the digi-pak, as it features three additional cuts: two covers ("Hands Down" by Moon Martin and Rory Gallagher's "Moonshild"), plus a native tongue rendition of "Letter From Allen St." (like Lynott come to life!) aka the mouthful "I Staden Som Aldrig Slumrar Till". Regardless of version, just check out Dead Lord.