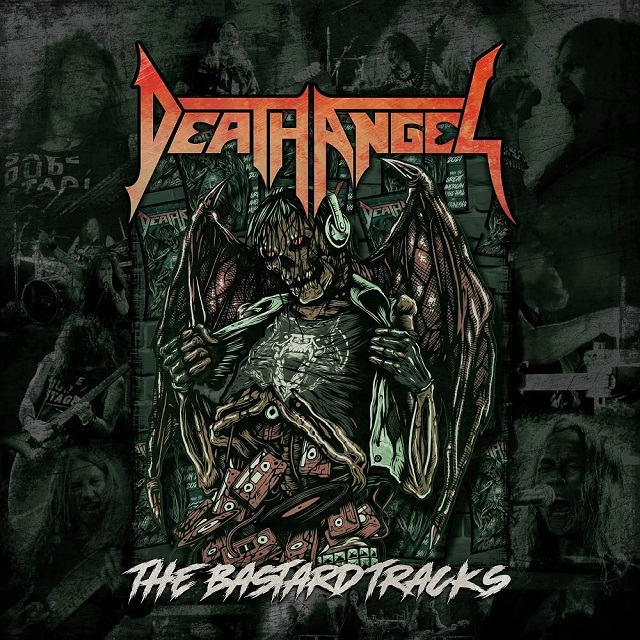 Very cool concept here, Death Angel recording a live (with no crowd; this is the COVID era, after all) concert featuring only rarely played or never played cuts. I'm sold, and opener “Lord Of Hate” (from 2008's Killing Season) kicks things off as well as I could hope for, the band obviously pretty pumped to be playing these songs at this show, which was originally streamed after they recorded it in May of this year.

“Where They Lay” (the closing track from 2010's Relentless Retribution) is up next, and the band is thrashing as solid as ever. Really, considering these are not songs on the band's regular setlist, it's wild how tight they are here on this rager. “Why You Do This” is a minor classic (to me, anyway) from 1988's Frolic Through The Park, and I'm surprised it's been relegated to “rarely/never played” status, but I'm happy to see it here. Man, there are 15 songs on this release, and they all show off how ludicrously tight (“Fallen”) and high-energy (“The Organization”) this band is at their finest, and it also shows something else important: these songs that the band has chosen to not play live much or ever are still excellent, Death Angel's deep tracks showing how strong this band is, especially when they stick to thrashing.

Love the cover of Sabbath's “Falling Off The Edge Of The World”, and the acoustic “Faded Remains” (from the band's recent Under Pressure EP) is actually pretty well done, as is the stripped-down “Volcanic” (sung by guitarist Rob Cavestany) although nothing beats when these guys put their heads down and thrash to the finish line, and this quirky and shredding release is proof of that.