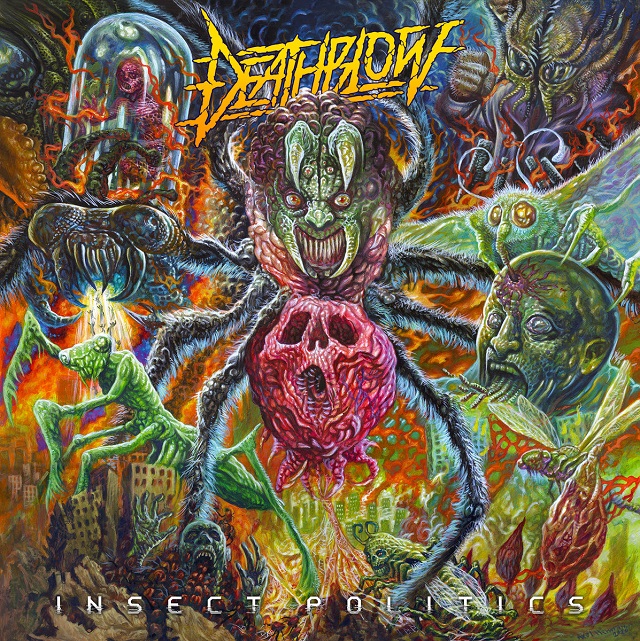 I went into this thinking the band name was Insect Politics and expecting some sort of harsh political grindcore, so imagine my surprise when the very Anthrax/Overkill-ian sounds of opener “Brain Bugs” came knocking on my door. This second album from the Salt Lake City thrashers is coming out on their own Sewer Mouth Records, and establishes them firmly at the top of the second tier of modern thrash, which, hey, ain’t a horrid place to be, songs like the very sturdy and competent “Accelerated Decrepitude” actually making me think, you know what? Look out first tier, because these songs are just as accomplished as anything else from the past 15 years out there. That particular song, for example, right down to its fake-out ending, totally rules, a huge 5:23 epic boldly placed as track two on this album.

I dunno, this band seemed to have lots stacked against them (including a lot of Seinfeld references in their past; I love the show, but, come on), but with this album—smartly paced, with its eight songs only stretching 35 minutes—Deathblow have seriously impressed, each song here being fun but not funny, thrashing but with a sense of song, paying homage to the greats but also not simply emulating what has happened before. There’s serious potential with this one, and this coming from a guy who is firmly burned out on modern thrash bands. Well played, Deathblow.