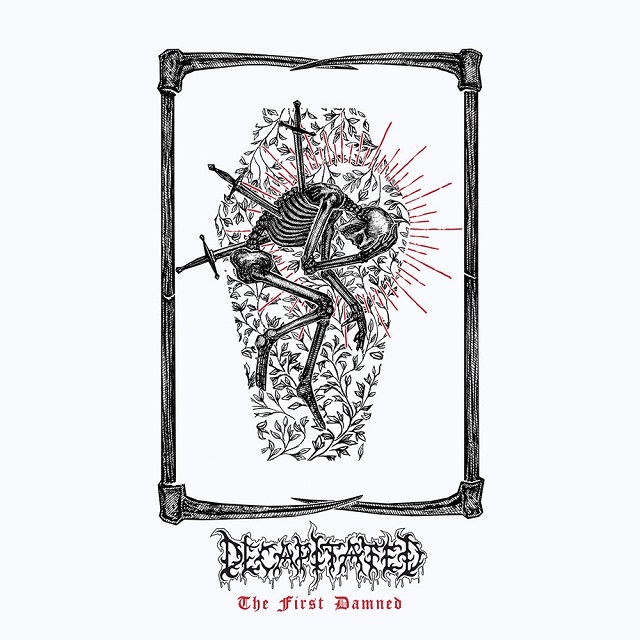 Oh, man, did Decapitated ever rule back when they started, and this collection of early demos proves that. The First Damned compiles the Polish death metal titans' 1997 Cemeteral Gardens and 1998 The Eye Of Horus demos, both of which came out before the band started blowing our minds with their technical death metal on 2000's debut album Winds Of Creation. And while these demos aren't quite as Earth-shattering as that debut was, the material is just as strong, and the raw production is actually quite refreshing.

The “Mandatory Suicide” cover shreds, of course, but all the original material is killer as well, the band not so much astonishing with tech skills here as they are impressing with a wildly solid grasp of extreme death metal, heavy on the speed, heavy on the heavy, all signs pointing to what would end up being a very noteworthy debut and spree of follow-ups. This release also serves as one more horns-held-high tribute to deceased drummer Witold “Vitek” Kieltyka, who plays on both these demos. I haven't heard a Decapitated record that didn't make me want to fall asleep in quite some time, so this serves as both a nice reminder of what once was and also a release that holds up amazingly well for demos from so long ago, it easily becoming a repeat offender in my COVID-forced home office, family running for the hills, me laughing maniacally every step of the way, Decapitated providing the ultimate soundtrack of extreme metal from back when they were one of the shining bright hopes of the scene.