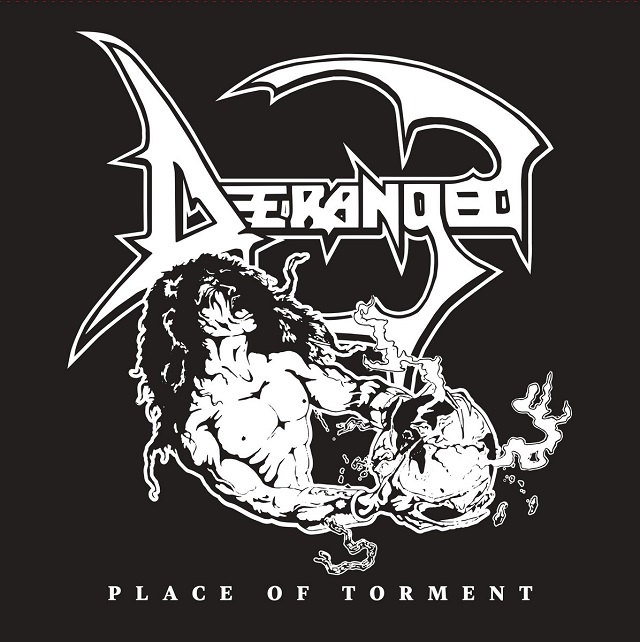 This is an absolutely killer reissue of sadly forgotten Victoria, BC thrashers Deranged, who recorded these four songs in 1989 and released them as their second demo before completely fading away. But, wait: we worship at the altar of Sadus and Hellwitch, so this band's incredibly tight and razor sharp death/thrash should also be spoken of in the same hushed tones as those heroes.

Just check out the outrageously spot-on interplay between all the instruments on opening rager “Eminence Of Terror”, which spotlights particularly frantic drum and guitar performances (but it must be said that the bass playing of Dave Bentley is a highlight of the entire EP). “Before Your Eyes” is Slayer on Sadus on crossover on speed (metal, drug, whatever) with a deadly spree of double-kicks; “Coercion” is solid and manic thrash with a very focused eye on the finish line, and “The Burning” ends it off with a biting thrash anthem. The EP—presented as a 45 rpm 12” to make the audio even better—was remixed by Kurt Ballou at GodCity Studios, which means an extra layer of production perfection has been added to this, these four songs sounding absolutely huge, and easily as good as anything coming out today. That goes double for the playing and songwriting skills; hopefully this release will get the band bolstered far above “who?” status into the higher realms they rightfully deserve to be in. The package is rounded out by an informative booklet that tells the anticlimactic tale of this band that just seemed destined to never be, despite the excellent songs they left behind.