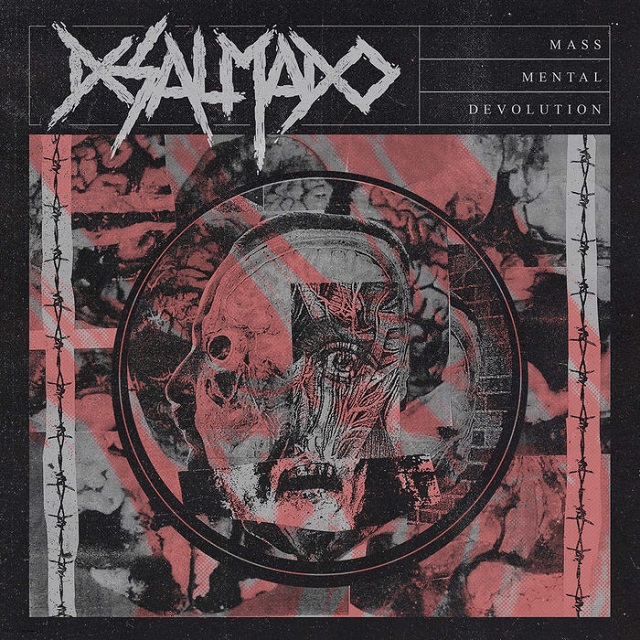 Mass Mental Devolution is the sixth full-length from Brazil's Desalmado, and the band has their sound down pat, and that sound is Harmony Corruption/Utopia Banished-era Napalm Death, and that's actually a pretty refreshing sound to hear a grind band tap so strongly into here in 2021.

The title track opens things up very strongly with grindcore that isn't quite absolutely grinding, but instead works with some sideways melodies to create a great atmosphere—again, hello, Napalm Death influence. Man, what a killer opener, such a great way to get the album started. But then, what's this, “Across The Land” taps into Napalm Death's wilderness years, the groove pure Diatribes, and that's not a bad thing at all. What a powerful song this is, and also a powerful move placing it as the second track here. This one hits hard, and kinda brings you back to when the word “groove” wasn't a bad thing. “Hollow” slows things down even further, the sound expansive and expressive, approaching Burst or Breach in vibe, a good place to be, while “Unity” brings the sludge, another welcome sound.

Man, Desalmado are winning here, “Outsiders” almost d-beating before breaking it down, this whole album being a killer grind release that never really spends too much time blasting, at all, really, instead using the delivery and atmosphere of grindcore to deliver a diverse and moving record.