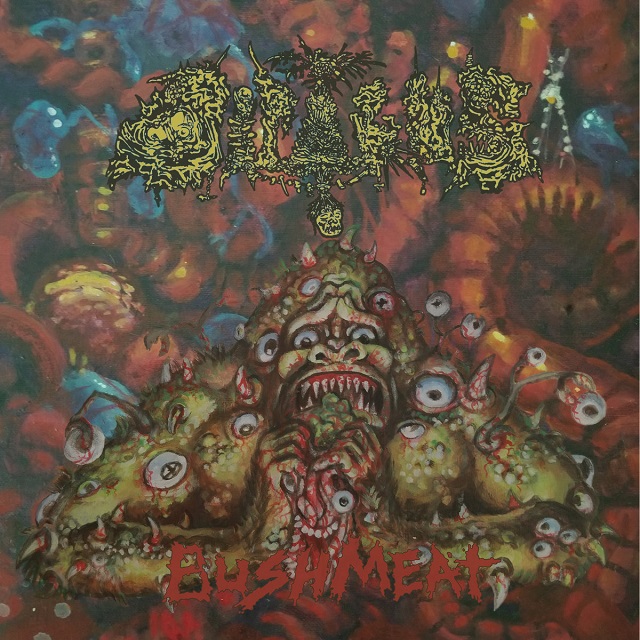 Second album from this California-based death metal crew, and they're smart in their approach, combining horrid and putrid gore-drenched old-school death metal stomp with a cleaner production sound than you might stumble into this one expecting. So the tunes approximate Autopsy or Impetigo but the sonics bring to mind later-era Exhumed (no big surprise there, as the album was recorded at Darker Corner Studios, which is run by Exhumed's Matt Harvey and Nausea's Alejandro Corredor), a fantastic mix.

“The Khumjung Scalp” takes sludgey death through the sewers, while “Osteodontokeratic Savagery” does a primitive ham-fisted blast and the title track goes horribly low and slow, sludgey and trudgey, for almost seven glorious minutes. “Long-Pig Feast” shows some chilling DM guitar melodies, this band just bringing every great, horror-filled aspect of extreme music to the mix. And it's all fun to listen to, too. Man, bring on the gore-grinding, the divebomb solos, the caveman death, and bring it on through Dipygus, because few are doing it better right now.