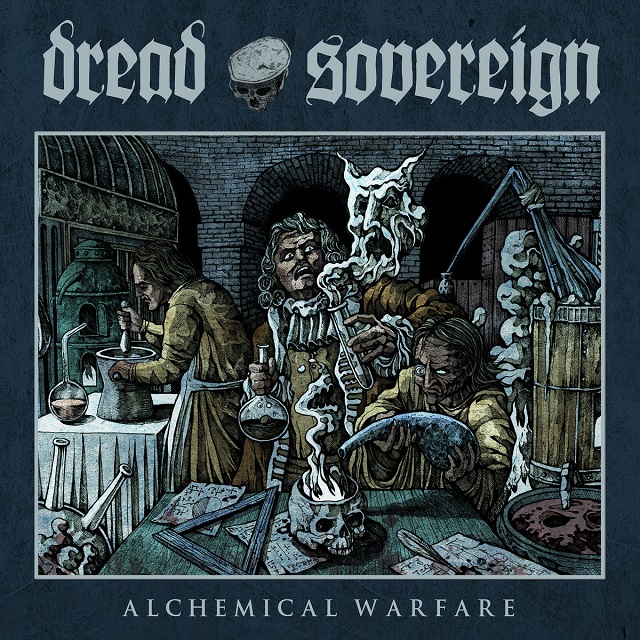 Man, I can totally get behind the slow-burning opening few minutes of this album, things taking off at such a snail's pace that by the time the tunes get rolling, I'm already too battered—in a good way—to really tell what exactly this is. But it's some kinda rockin' take on crusted-up stoner, nowhere near the blackened doom I was expecting from the cover art and my cursory one-second skim at the accompanying press materials that landed in my inbox.

This is my introduction to Dread Sovereign, even though they have two previous full-lengths out, as well as connections to Primordial. And there's just a lot going on here: the first song proper is 10 minutes, although could probably be 4, but it's not like there's not some great moments of fun, metal victory to be found, overall vibe sort of like Electric Wizard gone trad metal. “The Great Beast We Serve” is somewhere between Cirith Ungol and The Gates Of Slumber, which ain't a bad place to be, all trad metal glory and fists held high and man these songs are too long. I can dig the vibe here—it's a blast to listen to, there's riffs all over the place, and it sort of transcends subgenres to just be a fun metal album—but I just can't get past the fact that someone needs to tell this band to shorten things up a bit: at 51 minutes, it's exhausting. At 35, it would have been a pretty invigorating, adrenaline-fuelled listen; as is, I can't really see reaching for it again. Like, by the time the cool, drunken-Venom “Devil's Bane” rolls along at track 7, or the pretty awesome “Ruin Open The Temple Mount” readies the album for an epic close, I just want to love it, but I'm drained, man.