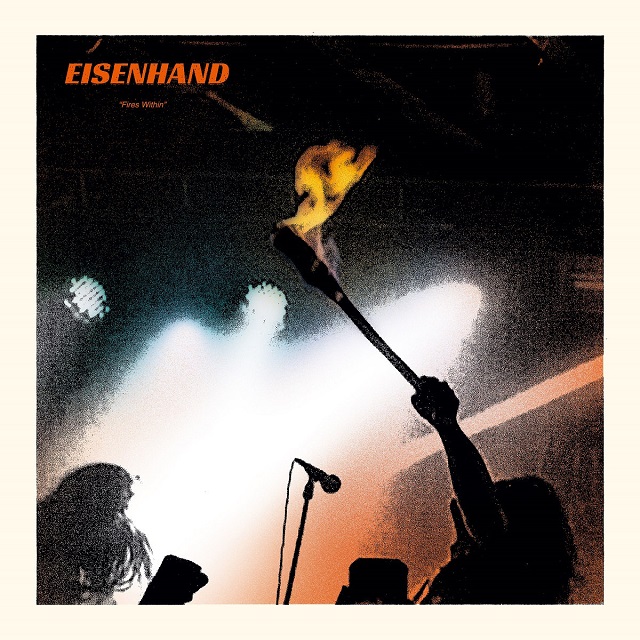 First off, hot damn that cover art is fantastic, Austria's Eisenhand basically making you feel like you're at the gig right there, and also making you feel like you're in the '80s with that font and graphic design, which is suitable considering the sounds within. The band lays down a leather-and-spikes-adorned take on trad metal, and I, generally, like what they're doing in both spirit and execution. But here's the problem, and it's not an insignificant one: these songs are long. Very long. There are only seven of them on a 45-minute album. Look, I love the raw, scrappy production, I love the riffs, I love the fact that this is basically an unpolished love letter to very underground metal from the '80s. But I also like songs that end.

Opener “The Engine” is fantastic, but its 6:04 could be 3:02 and it would be even more fantastic. Ditto for the excellent “Steel City Sorcery”, which I really wish cut to the chase a bit quicker as it's awesome, but, again, at six minutes, it wears out its welcome. Aside from my (big) complaint about these guys needing to know when to edit, though, I like this. Sure, the vocals can be a bit flat (see “Dead Of Night”) but that often adds to the charm of this sort of scrappy blinders-on old-school metal. I mean, listen to the riffs on “White Fortress” or the explosive climax on the cool closer “Dizzying Heights” (cue my comment about its 9:24 run time here; this song deserves to be longer, yes, but 5:24 woulda done the trick): this band knows what's up, they just need some help in refining things next time.