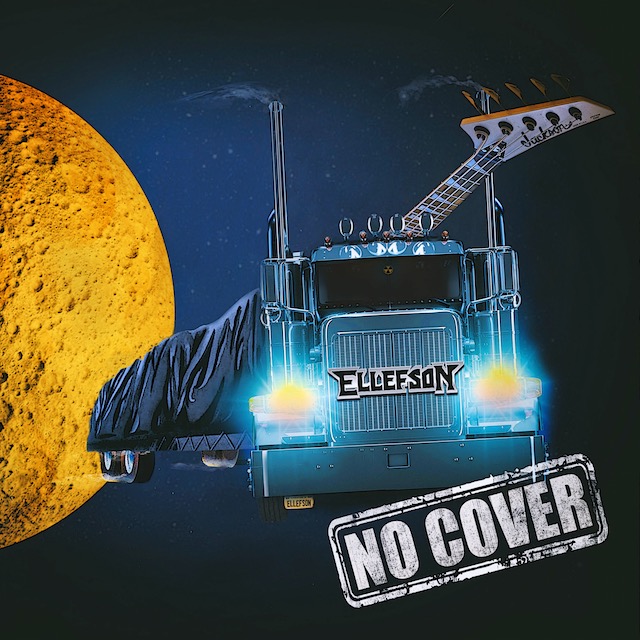 During this crazy 2020 Covid-19 election year, Ellefson's No Cover came at the right time with the right spirit, 19 fun hard rock and metal cover songs to brighten your mood. The Megadeth bassist Dave Ellefson is joined by Thom Hazaert on lead vocals, guitarists Ron "Bumblefoot" Thal and Andy Martongelli, and Paolo Caridi (drums), with a laundry list of guest singers, rock and metal musicians.

Even though his name is the band, Ellefson is not the star, no one is really; it’s about the songs. Dave's bass heard more on "Not Fragile" by Bachman-Turner Overdrive, Cheap Trick's "Auf Wiedersehen", and of course W.A.S.P.'s "Love Machine". And across all the songs, whether its Bumblefoot or Andy, there is a cohesive rough unpolished sound to the guitars. Faithful to the original arrangements, disc one opener, Priest's "Freewheel Burning" with Jason McMaster (Dangerous Toys) bringing a textured vocal, and guitarist Gus G (Firewind), is a barnburner. Twisted Sister's "Tear It Loose" features Eddie Ojeda and rocks with drive like the original. "Love Me Like A Reptile" (Motörhead) duet with Doro Pesch sees the metal queen compliment Thom's gritty tone. Good to hear the dance between the keys and guitars in Billy Idol's classic fist in the air rocker "Rebel Yell' where Thom vocal smooth's out in the verses and pre solo. Great to see Def Leppard's "Wasted" with Tesla's Frank Hannon on guitar, maybe this will help remind the band where they came from on those first three albums. Rob Halford's post Judas Priest band Fight's song "Nailed To The Gun" with Russ Parrish (Steel Panther) on guitar, who was in Fight, is killer.

"Love Machine" starts disc two where Thom's voice may be an acquired taste compared to Blackie's. Like the purity of keeping that riff delivery in Krokus' "Eat The Rich" and Hazaert's voice fits well, while Bumblefoot, Doro Pesch, Charlie Benante (Anthrax) join the party for a fired up rendition of Queen's "Sheer Heart Attack". "Beth", yup, the KISS ballad, will be of a surprise, well done. Andrew Freeman (singer for Last In Line) sounds great on Ozzy's "Over The Mountain", and with Mark Slaughter not singing in his usual higher register "Say What You Will" by Fastway is down and dirty with Ellefson driving the rhythm.