ERIC WAGNER - In The Lonely Light Of Mourning 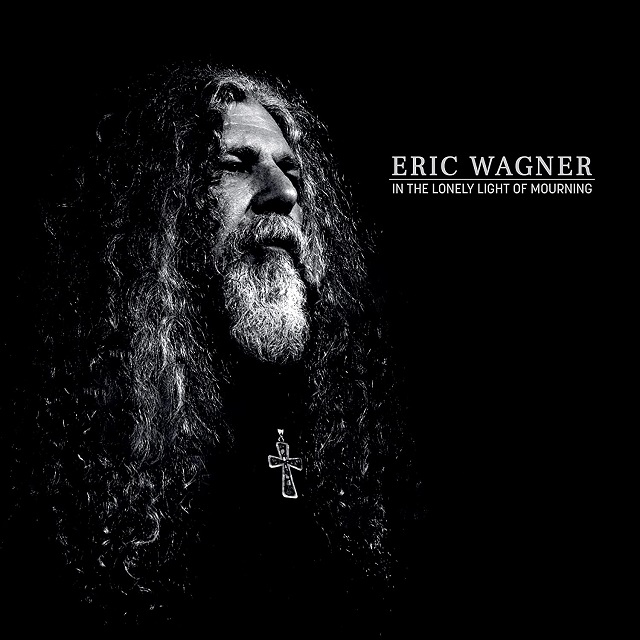 Man, it's tough to listen to this posthumously released solo record from mighty doom vocal legend Eric Wagner, for obvious reasons. Wagner's death last year left a huge void in metal, the man's vocals truly one of a kind, and all of his projects being worthy of endless explorations. So as sad as it is, I'm grateful to have one last album to enjoy, In The Lonely Light Of Mourning being finished off weeks before Wagner left us, yet he sounds as full of life as ever on tracks like the excellent opener “Rest In Peace”, which nods back to Trouble's perfect two-album run on Def American.

Wagner has an all-star team of doom vets behind him, making songs like “Maybe Tomorrow” and “If You Lost It All” just perfectly composed and played pieces of rockin' (the former) and mournful and slightly quirky (the latter) doom, while the title track (featuring a guitar solo from Pentagram's Victor Griffin) carries with that an almost unbearable sense of loss, knowing that this great voice is no longer with us, although it picks us up too, which is what Wagner always did: there's so much loss but so much hope, and it's difficult to imagine a world without this voice guiding us through, but he left behind a lifetime of majestic metal, songs that will continue to guide us through these troubled times, even in his absence, an absence that has left metal forever changed.

As the record ends off with the alarmingly rowdy “Wish You Well”, all you can really do is raise a glass high to Wagner, whose voice—thanks to records like this—will resonate for years to come.