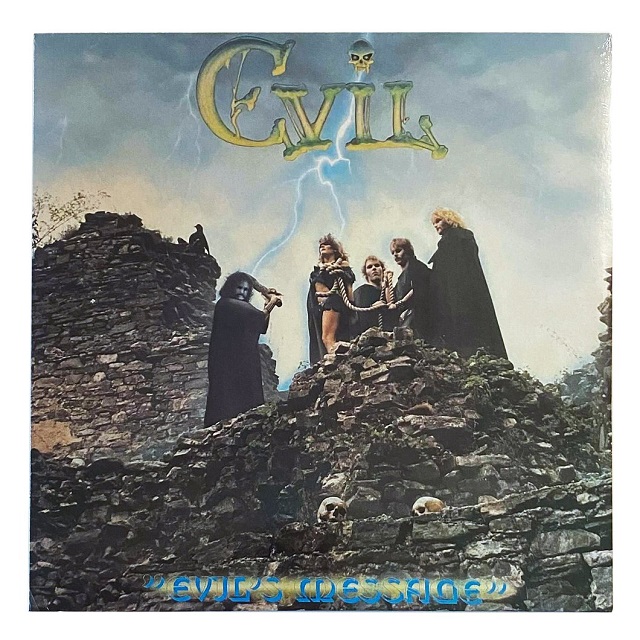 Interesting one here, Evil's Message being the debut EP from Denmark's Evil, originally issued back in 1984. And, man, it still sounds surprisingly fresh and vital, probably in no small part to the remastering job by Tue Madsen. The opening title track totally kills it with songwriting smarts, immediately making me wonder why this band isn't talked about more, while “Evil” drops some faster metal that toes the line between trad and speed, with a very memorable chorus.

“The Devil Wants Me” kicks things off with a double-bass-led riff that Accept would have enjoyed using, the vocals being the only part of all this that lack a bit of a punch, the band totally locked in, as they are on the slower and more melodic “Son Of A Bitch” (nothing to do with Saxon, nothing to do with Accept). Unfortunately, the band blow it with the song title “Take Good Care (Of Your Balls)”, even if the closer itself is another solid, brisk romp through early speed metal, with a melodic trad approach to the songwriting and vocals.

And even though I don't care to know what's happening lyrically on that song, I'd be lying if I said the chorus wasn't another earworm on an EP full of them, Evil's Message definitely deserving of this re-release, the EP maybe not completely classic but definitely solid shoulda-been material, high up on the second tier, better than its lack of accolades over the years would make you believe. Kudos to Mighty Music for bringing this one back.