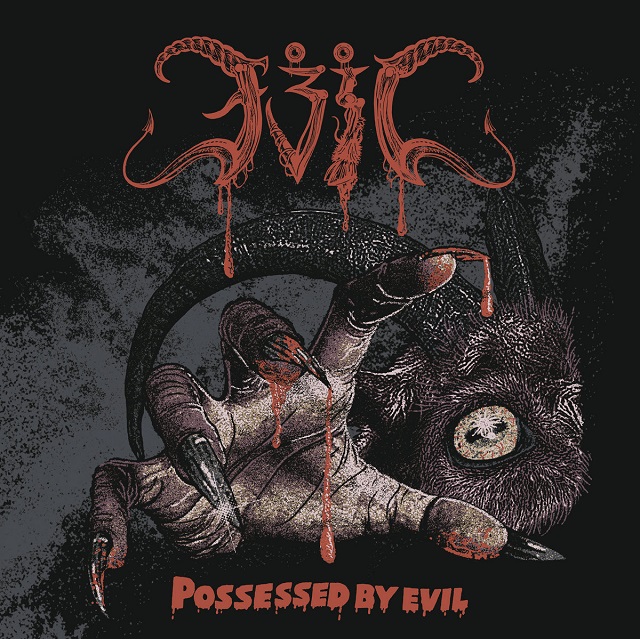 I'm loving what Japan's Evil is doing here on their second album, the band laying down an unhinged blackthrash attack with smart songwriting (see the guitar melodies on opening instrumental rager “The Cycle Of Pain”) but with an overarching vibe of the most frantic of Japanese hardcore. It's a killer combo, those vocals in particular bringing the HC while the music takes vintage Sodom mania and raw Carnal Forge riffing to places both modern and primitive.

This echoes my thoughts on the also awesome upcoming Upholders Of Evil EP from Indonesia's SpellForger, but Evil have more urgency and feel-the-sweat punk aggression happening here. The guitar work is seriously as out there as the vocals, songs like “Revenge” featuring absurdly left-field solos, ones that actually work, as does the guitar solo that opens (!) the balls-to-the-wall blasting of “Paramount Evil”. And if “Reaper”'s opening riff or “The Gate of Hell”'s glory-ride vibe don't get your blood boiling, forget it, you don't even like metal. This one comes highly recommended for all lovers of the loud, the frantic, and the maniacal.