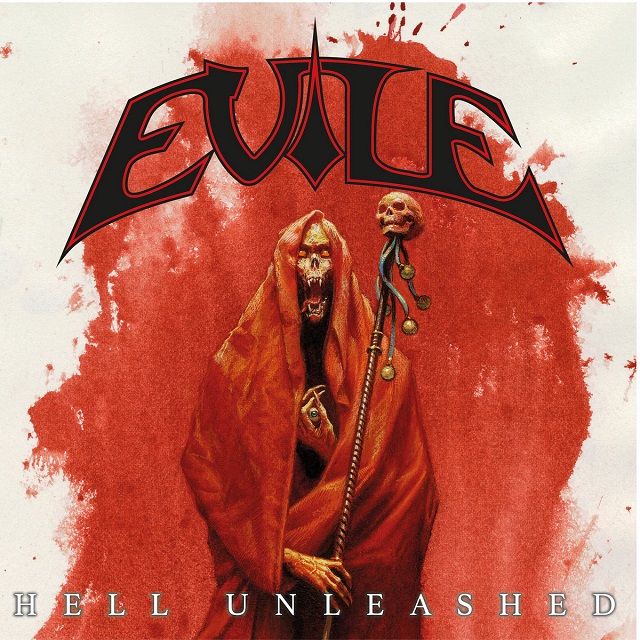 Fifth studio album from the British thrashers Evile, whose last album, Skull, was released in 2013. Been a couple lineup changes since, singer/guitarist Matt Drake replaced by returning Ol Drake (guitar) who has a very similar tone, Adam Smith on rhythm guitar, Ben Carter still on drums, and bassist Joel Graham since 2009.

“Paralysed” bursts out of the speakers with ferocity settling in a thrash metal Annihilator type pocket, taking a brief break before the solo delivers a second wave of attack. “Gore” continues the battery on the neck with black metal riffing for good measure. Nice change up and melodic beginning and mid pace tempo for “Incarcerated” before full on speed. “Disorder” delivers like modern day Overkill between the mix in riffery and drums. “The Thing (1982)”, yes the movie, is furious, but in five minutes aside from a midway slower break, lacks the surprises the movie delivers. “Zombie Apocalypse” begins slowly but quickly changes pace into a death metal beat down, then back to the first tempo. Interesting the title track, first single, closes the album. Don’t see that often, if ever.

Skull is better in the arrangement and tempo changes, melodies, riffs, leads and hooks. This may be Hell Unleashed, but a little redundant.