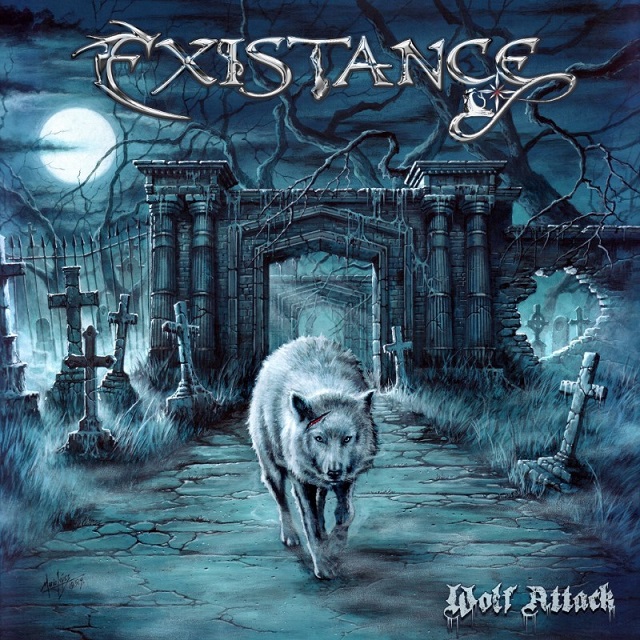 Have not run across the Anglo misspelled Frenchmen previously, even though this marks their fourth full-length in the last decade, albeit the first in five years. There's some good stuff amongst the grooves of this latest batch, but they're still struggling to find a definitive sound. The eleven offerings vacillate between poppy homages to the ‘80s Sunset Strip and on a few tracks, aggressive, shredding guitar, albeit with high pitched vocals: a lighter, stratospheric Children Of Bodom, if you'd like. Catchy anthems with spotlighted talent.

The historical based "Highgate Vampire" starts the disc on something of false footing. Accompanying video can be found online, seemingly situating themselves as candidates for the French COB (finger tapping, swooping divebomb runs, etc.), or some equivalent. On that one, the English lyrics are heavily accented (and at times come across as closer to their native tongue than the language we speak). Speedy follow-up "Deathbringer" (despite the title) employs a grittier guitar tone, but is cleanly sung. A decidedly Jake E. Lee era Ozzy feel to "Power Of The Gods", especially the opening riff, which reoccurs, come the chorus. Nice solo, late in the 4:45 running time.

Airy, infectious "Rock n Roll" sees the vocalist adroitly handing the simplistic lyrics, like a NWOBHM veteran, as opposed to the struggles alluded to earlier. A couple of songs later (after a multi-song, commercial metal interlude), "Preacher Of Insanity" begins with a lone flailing guitar, leading to an upbeat shuffle, start-to-finish. Guess he was just resting his fingers, before this frenetic workout. Stomping six-string, to start "You Gotta Rock It", but just as quickly, settles into a mid-paced stripper strut. The staccato riff that slices through the title cut is eventually unleashed, but only within another pop-metal context. In that respect, sort of reminiscent of Brazil's glam-lite Exxocet, walking the line between the two (competing?) metallic realms.

Piano begun ballad "Tears Of Fire" doesn't add anything to the mix, before the lively, sung-in-native-tongue "Gwendoline" closes things out. While not yet world class, there's something here. Will be interested to see how they develop (and which direction they ultimately decide upon). Bonne chance!