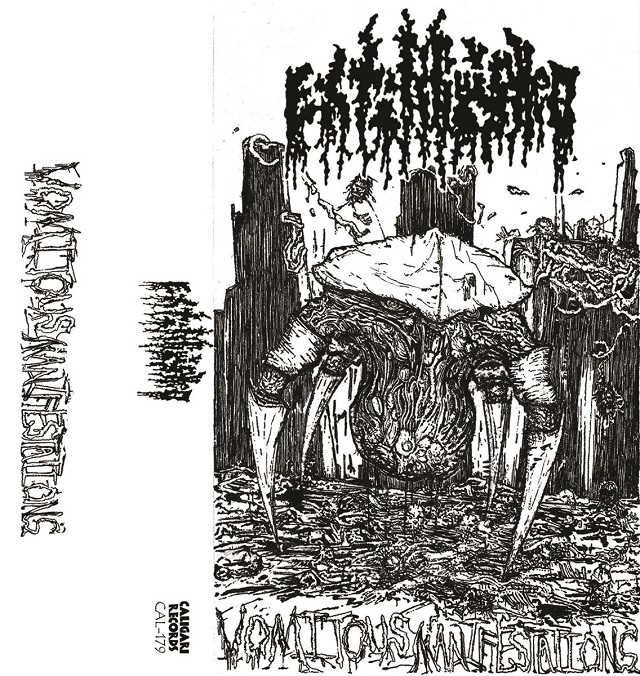 Look, with a title like that, you know this four-song EP from Finland's Extinguished ain't high art, but it is awesome, the band laying down on their debut totally raw and primal death metal, tracks like butt-ugly opener “Two Deadly Blows” actually delivering a good amount of atmosphere come solo time, and then the groove that follows inviting you to do the monster mash through the sewer, whiffs of Autopsy lingering in the foul, dank air.

The title track picks things up to the DM polka and brings it down to the dirty-Obituary groove (but, to be fair, these songs make that band seem positively radio-friendly), and, man, is that guitar tone actually getting grimier by the second? Feel the filth, which is also all over “Unforeseen Consequences”, the first part of which is sheer terror, the rest, back to the sewers for you. Closer “Devoted To Hades” knocks the sideways labyrinth riffs outta here then double-times it to some killer Swedish riffing for flavour, Extinguished proving they know what they're doing all across these four songs.

Sure, the band need to add a little something more of their own to the mix to create more personality and something to remember, but this is an extremely promising beginning, one any fan of the less polished and uglier side of extreme metal would be wise to check out.