EYEHATEGOD – A History Of Nomadic Behavior 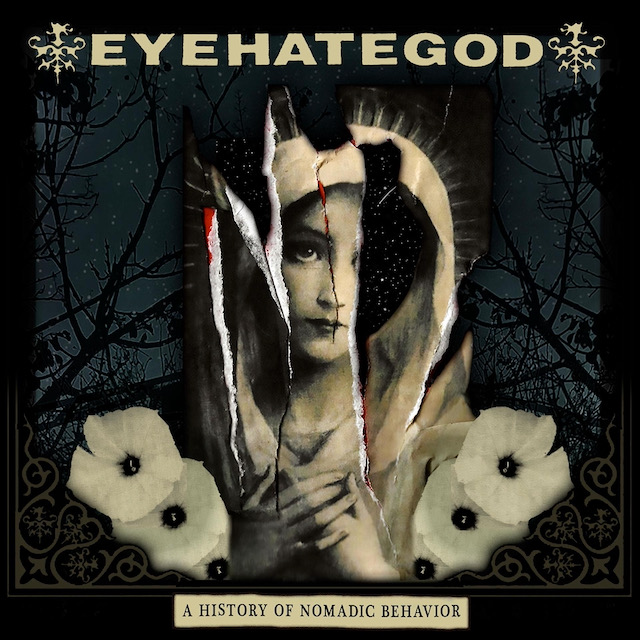 For the amount of time this band has been providing the soundtrack to my life, it's shocking that this is only their sixth full-length. But that's a good thing, because every time there's new Eyehategod material it just makes it all the sweeter. Miserable, miserable sweetness, of course, and that misery is all over the feedback-drenched sludge found on new album A History Of Nomadic Behavior. The main difference here is that this is the first album with Aaron Hill behind the kit, although he's been with the band since 2013; he replaces long-serving drummer Joe LaCaze, who died in 2013 (but whose recordings were on the band's previous full-length, 2014's self-titled).

So, yeah, it's been seven years and there's a new drummer, but you wouldn't really notice any changes in sonics here, Hill continuing LaCaze's excellent legacy well, creating a bashing and crashing behind these new takes on the same sound, tracks like the mighty, noisy mess of “Current Situation” or killer cruiser bruiser “The Outer Banks”. “High Risk Trigger” contains riffing that is so classic EHG I kinda wonder if they've used these before (hey, I ain't complaining). The other change is the lack of guitarist Brian Patton, who left the band to focus on being a dad; Patton's riffing will be missed, but, needless to say, six-stringer Jimmy Bower picks up the slack just fine. “The Trial Of Johnny Cancer” will be considered a legendary EHG tune before long, and incredible closer “Every Thing, Every Day” is peak Mike Williams breakdown, bringing this great EHG album to a close, one more great addition to an absolutely essential catalogue.