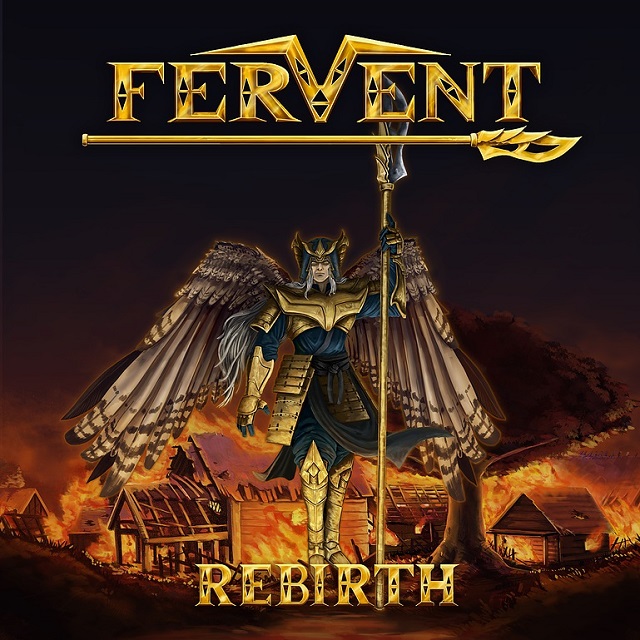 Perhaps it lost something in the translation, but Rebirth is the debut (?) from a band located in the capital city of Corsica, the French island in the Mediterranean. I must be spending too much time in Germany, as initial promo information erroneously labeled Fervent as Teutonic, but one glance at the band photo and could tell, these were not Germanic people! Regardless, seasoned with keyboards and a pinch of modern, Avantasia/Broadway power metal, the musical style owes a lot to the meat and potatoes variety that abounds at festivals over there. Appreciated more than a cold hefeweizen, in the heat of summer.

In a nod to the digital age, "Nerd" begins with 8-bit video game music. Not sure if it's a dig, but lyrics reference RPGs, memes, manga comics, mythology/fantasy... Classic coin op video game noises pop up throughout its 6:12 running time. While the accented Anglo singing is, at times difficult to make out, "Voiceless" offers this heart-warming sentiment: "Disgusting, disgusting. When I see you makes me want to puke." Certainly not the tried and true, trite metal content! "Impossible" is the requisite piano tinged ballad. The upbeat title track closes the album, certainly the strongest offering of the bunch (only like-minded "There's no Future" comes close) and the target to aim for, moving forward.

Welcome to the club, just not seats at the "big boy" table yet...keep trying.