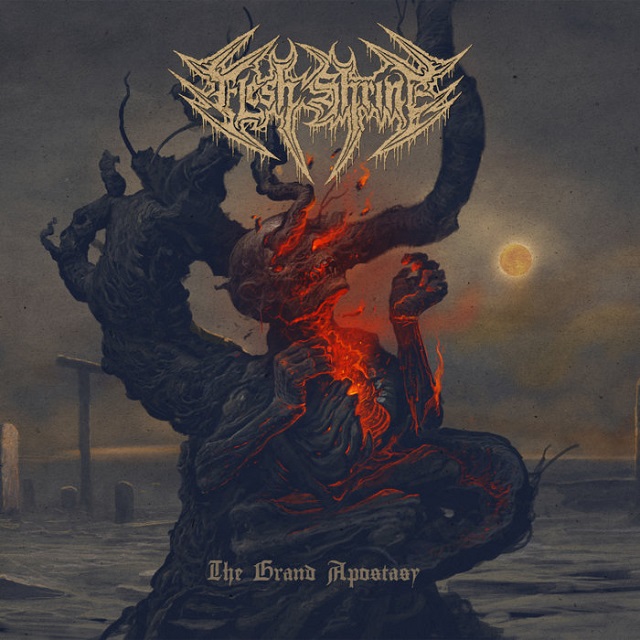 This Montreal death metal band is coming out strong and hard with debut The Grand Apostasy, even getting CJ McMahon of Thy Art Is Murder to guest on opening rager “13 Years”. And I like what I'm hearing here, the band definitely nodding to the greats of Quebec's extreme past but laying down a slicker, produced modern DM sound.

The guitar work is fantastic, tons of quick squealies and atmospheric riffing, and the drumming is a blast, of course. I like “The Adversary”'s slow trudge and noisey sludge, and I also like its manic grinding. “Graves” gets a bit more modern with the pig squeals and also it's around here where I get a bit exhausted, the grooves starting to feel a bit too clinical and clean. I'd love some more sloppiness, a bit of edge, some grime instead of just more and more polish.

But, the riffs, the riffs on “Martyr”, the riffs all over this damn thing, “Process Of Dying”'s undeniable songwriting power, the closing title track's surprisingly emotive and unique guitar solo, it all makes it hard to complain too too much, my usual gripes about wanting grime turned to dust by this band's relentless tornado of sound.