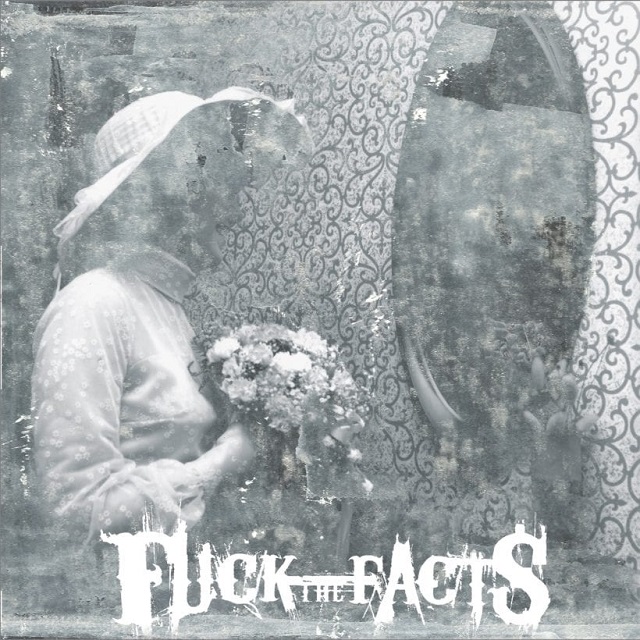 Ottawa grindcore experimentalists Fuck The Facts are anything but an easy listen, their albums being freaky flip-flops between long, left-turn grind soundscapes and short, more easily understood blasters. Everything about this band is difficult, and everything about this band is great (I’m still reeling from the fact that they called an album Disgorge Mexico, and am waiting for that band to put out an album called Fuck The Facts, not unlike the whole Warrant/Dog Eat Dog situation of many years back).

Anyway, here, massive opener “Doubt, Fear, Neglect” takes up its almost seven-minute runtime to lay down everything from manic grind to melodic death, with a near-post-metal sense of importance, not that the band is mellowing out in old age, at all: up next is 1:17 grinder “Ailleurs”, and a bit later on “Sans Lumière” brings the sludge. “Sans Racines” is 38 seconds of frantic grind… and on and on it goes, the band showing all sides of their personality wonderfully here, and even new ones: the one-two of “Everything I Love Is Ending” and “A Dying Light” mid-album drop an incredible, almost post-punk or sludge-rock vibe. Fuck The Facts have crafted another record as satisfying as it is daunting, as rewarding as it is draining. And while my biggest complaint with the band’s records in the past has been cohesion, here it feels a bit better, the songs flowing together and making sense side by side, everything feeling comfortable, or as comfortable as music this antagonistic and challenging can be.