GALAXY - On The Shore Of Life 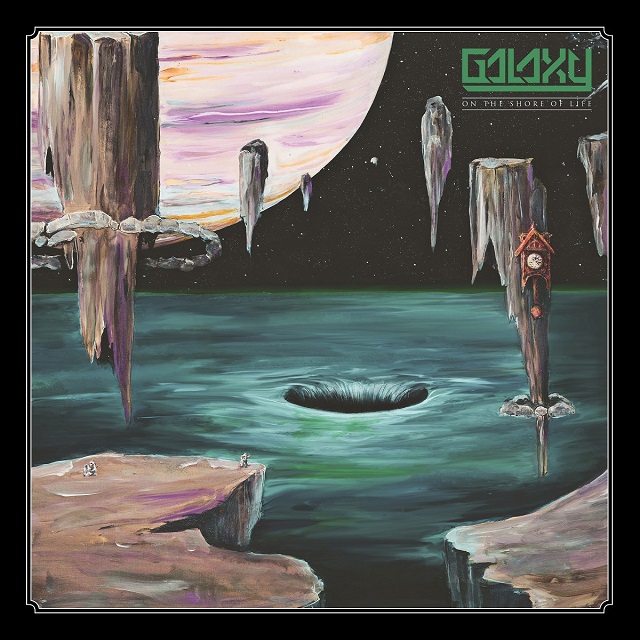 Kicking off with "Bright Stars", one quickly discovers the elements within this Galaxy: infectious traditional metal, with a high pitched singer (Phillip T. King), verging on falsetto, and a hankering for throwing curveballs. At their best, the Aussies offer simple, but effective songs, similar in scope to Norway's Flight. However, they rarely play it straight, throughout the course of any song, injecting an unexpected element, or two, ala Atlantean Kodex. "Valentine" takes a little more daring approach (jazz structures), but still not sold on King's timbre.

Shrill voiced and acoustic, "Daughter In The Distance" is closer to a Celtic ballad than metal tune. But in the final third, everyone plugs in and finishes as a riff/drum happy rocker. Not so, the rolling drum-led "Bargaining" follow-up, one of the catchiest, if not fastest, beats. Still, it ends in a lone, acoustic guitar coda. Heavier, mid-paced stomp, the stratospheric end notes on "Firelight Palaver" are a difficult listen. The title cut is just 60 seconds of multiple voices, a cappella, while the concluding "We Enter The Door Of Death Alone", much like the opening cut, is a strong, complete song construct.

Appreciate the "uniqueness" they're attempting, just not sure most will get past the unconventional throat. Can you?