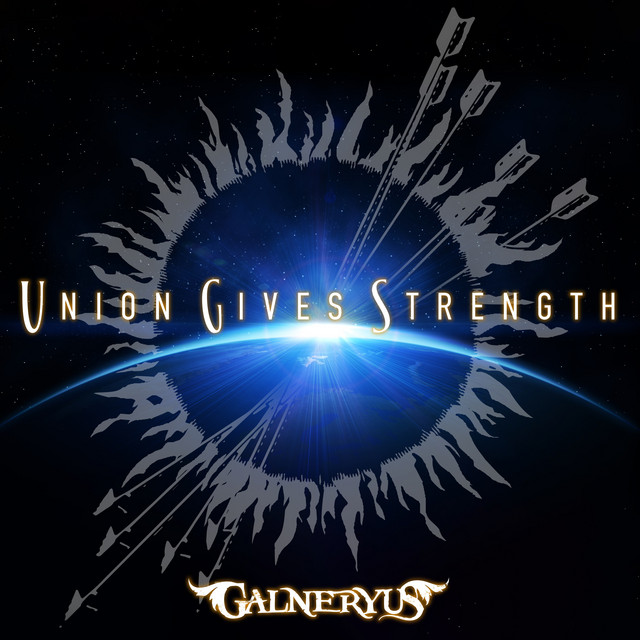 Japanese entity Galneryus returns with this “special album”, Union Gives Strength, and probably the longest EP ever, running at almost an hour! Maybe they were hesitant to call it a full-length due to two songs being rerecords, but with that being said, the band presents 46 minutes of new music. For those unfamiliar with Galneryus, they play a brand of prog / power metal with European stylings, most notably Visions-era Stratovarius and the lyrics are in English, their native tongue, and sometimes both languages are used within the same song. The group stands out as one of the best due to the musical proficiency of the members, especially guitarist Syu and that is no different on this release.

Union Gives Strength has bravado with the first two tracks being nine minutes long! Masatoshi Ono’s vocals soar as usual and wondrous melodies are driven in along with impeccable speed. Keyboardist Yuhki is a total showman, displaying great chemistry with Syu and new drummer Lea is able to showcase his skill set during opener “The Howling Darkness”. Galneryus’ progressions in their music and notes embrace a heroic vibe to their songs, so it’s unusual the tones of the first two tracks “The Howling Darkness” and “Flames Of Rage” take a darker approach with aggressive rhythms. “Hold On” is a highlight with infectious keyboards rhythms and Ono shines on vocals with great cadence in his delivery and catchy verses. This comes off as the most “accessible” track, if there was such a thing on here.

2021 is the group’s 20th anniversary and it’s amazing to see how inspired they are after all these years. “Bleeding Sanity” is straight through fast and furious power metal while the robust “Whatever It Takes (Raise Our Hands!)” is played with great ability and holds all their trademarks. Last two tracks are rerecords taken from earlier records. “Deep Affection” and “Everlasting” are swirling power metal romps that should entice new fans to check out their beginning works.

Union Gives Strength is everything power metal should be; take notice!