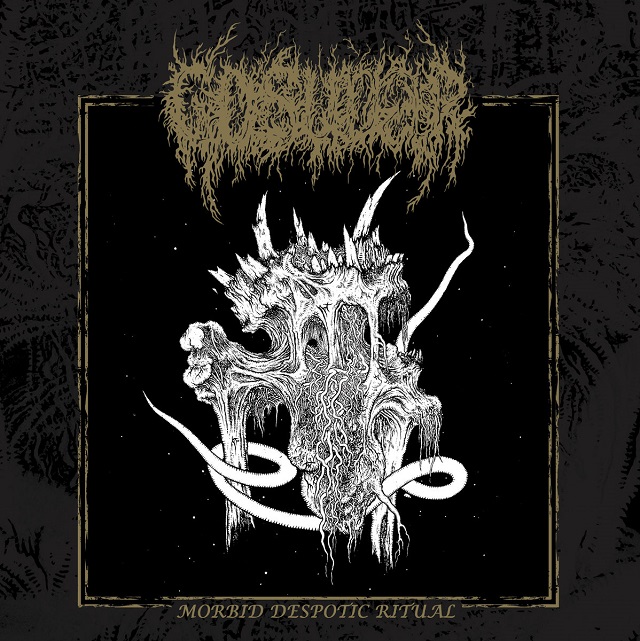 Russia's Gosudar are starting strong here with this debut full-length, Morbid Despotic Ritual clocking in at a smart, lean and mean 33 minutes, the band laying down nasty, barbaric death metal that dwells in the caves but maintains a bit more of a focus on song than the more severe stalactite chasers.

Opener “Demented Visions Of The Infinite Power” demonstrates that power right away, the band taking Incantation heft and Dead Congregation atmosphere and grinding it down to be their own; “Awakening Of The Realm” totally rules, the band blasting at parts but also going slug's pace at other points. “Prophecy Embodiment”, however, shows a more chaotic and unhinged side of the band; it's a stretch to call it war metal, but it does have that quality to it, the band delivering a wonderful din here. And there a couple moments throughout, notably on “Demented Visions Of The Infinite Power” and the closing title track, where a bit of extra vibe shines through, a flourish of bonus instrumentation, a feeling that this is taking us somewhere unexpected, which is fantastic.

I could have used a few more creaks and cracks in the production, but it sounds great, really, showing off every aspect of this band's sound clearly and strongly. What a powerful debut; I barely have any suggestions as to where the band can go from here because they basically nailed it all on their first try.