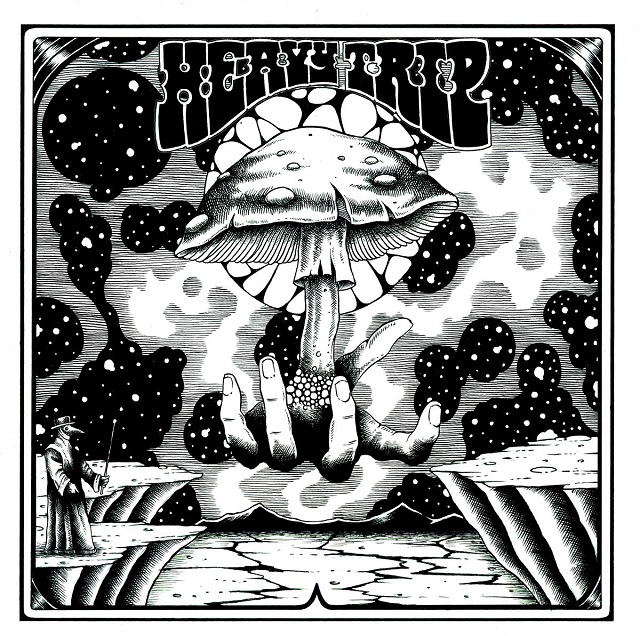 CD reissue of Vancouver heavy stoner rockers Heavy Trip's debut album here, and it's a victory: I tuned out from anything that could be called “stoner” years ago but everything about this one just clicks.

The production is huge and boomy, and the riffs are heavy enough to not be a waste-case write off. Enormous opener “Hand Of Shroom” (not gonna lie, makes me chuckle every time) is a glorious 7:33 of gigantic, lumbering post-Sabbath groove, the pysch-metal jamming just building, building, building throughout this whole fantastic song. “Lunar Throne” starts off with an open-love-letter-to-Geezer bass line that is pretty undeniable, then launches into a laid-back stoner groove that is familiar but works. “Mind Leaf” slows things down a bit, which is welcome, as the sounds go from more Cali stoner to Brit doom... but considering these guys are west coast Canada, the sounds never get too dire, there always being a bit of party to the proceedings.

Speaking of partying, this song builds up to the biggest one yet, while closer “Treespinner” is almost 14 minutes of what starts out as lethargic (in a good way) doom and turns into the most psych-ed out of Sab tributes. Did I mention this entire album is instrumental, and I never once got bored? Victory.