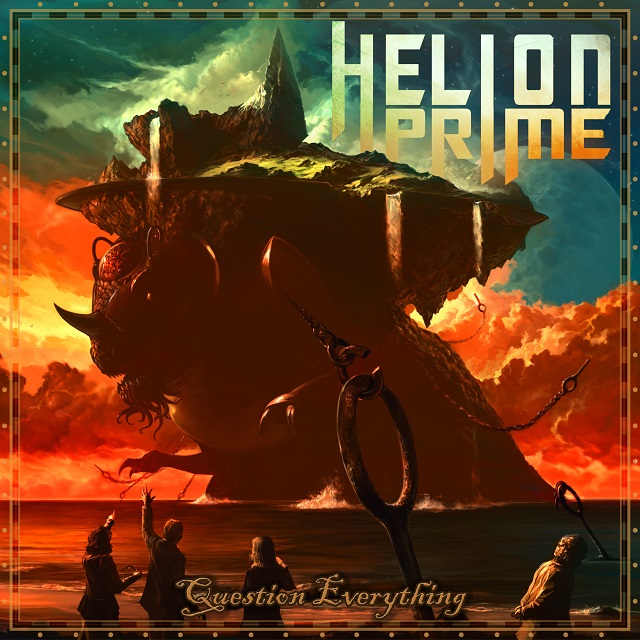 Helion Prime put on their lab coats for third full-length, Question Everything. While not a concept album, there is a running theme of science and discoveries. The Sacramento unit have adeptly written some clean, catchy power metal and should garner much attention.

Helion Prime deserve credit for fitting scientific terminology into their songs and doing it naturally. It’s not forced at all and singer Mary Zimmer does a tremendous job hitting the notes and strengthens the songs with her precise ability. Keys flood the inquisitive and smooth “Madame Mercury”, while the album truly hits its stride in the gliding “The Gadfly”, filled with longer musical passages and an ever flowing chorus that’s followed-up by the melodically bright and incredibly catchy “Photo 51”. While drawing comparisons to Unleash The Archers, there is a more pristine sound to the guitars and a bouncy elegance with the keys and the rhythmic vocals to “E Pur Si Muove” falls in the Visions Of Atlantis playbook. “Reawakening” holds a progressive structure with a strong acoustic buildup and balances the mellow with the heavier parts remarkably. For a 56 minute adventure, Question Everything moves at a brisk pace and nothing feels out of place. This is strong, accessible power metal and those they may not be into the genre might be able to enjoy this.