HELLRYDER – The Devil Is A Gambler 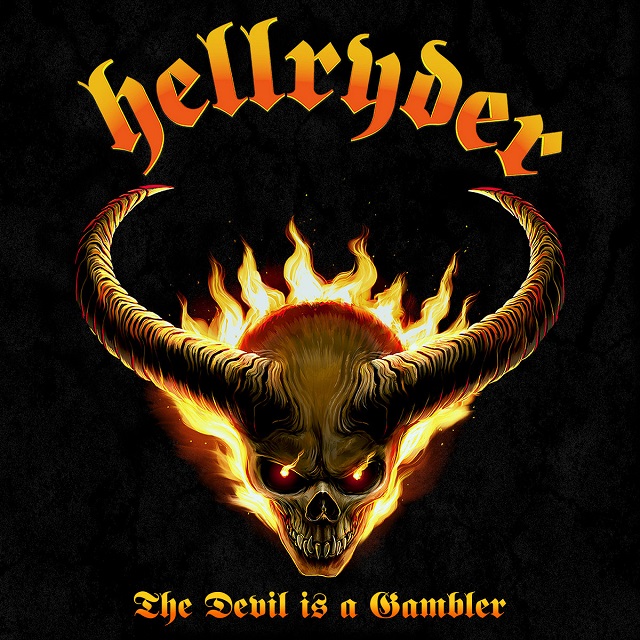 On paper, Hellryder has everything going for it – at the forefront is Grave Digger’s charismatic singer Chris Boltendahl with axman Axel Ritt along with Orden Ogan bassist Steven Wussow and former Bonfire / Freedom Call drummer Timmi Bredideband. There is nothing inherently wrong with The Devil Is A Gambler; the music is rushed, punky trad metal that fails to provide much memorability.

The music is more immediate than Boltendahl and Ritt’s main band as Hellryder rides in and doesn’t put on the brakes. There is no messing around with tempo changes or rhythmic transitions; none of the 12 tracks exceed 5 minutes. Boltendahl takes a tougher approach with his vocal delivery and lyrically seems to be more inspired than musically. “Sacrifice In Paradise”, “Faceless Jesus”, and “Chainsaw Lilly” all have fun lines that will rouse smiles from listeners. There is a great drive in “Night Rider” with double bass drumming and riffing as it’s a fully fleshed song with a memorable solo; no wonder why it was chosen as a single. Same can be said for the title track, an old-school stomper that reminds of classic German metal like Accept. The oddest inclusion is “Bad Attitude” with the main riff ripping off the Alice Cooper classic, “School’s Out”; don’t know if that was intentional but it sticks out like a sore thumb. Hellryder also run out a slew of short speedsters like “I Die For You”, “Jekyll & Hyde”, and “Harder Faster Louder” and they fail to differentiate themselves from each other and it’s too much of the same thing.

Hellryder could have been impressive, especially considering the members involved, but instead of laying out a royal flush, it’s a pair of jack’s praying for a victory.