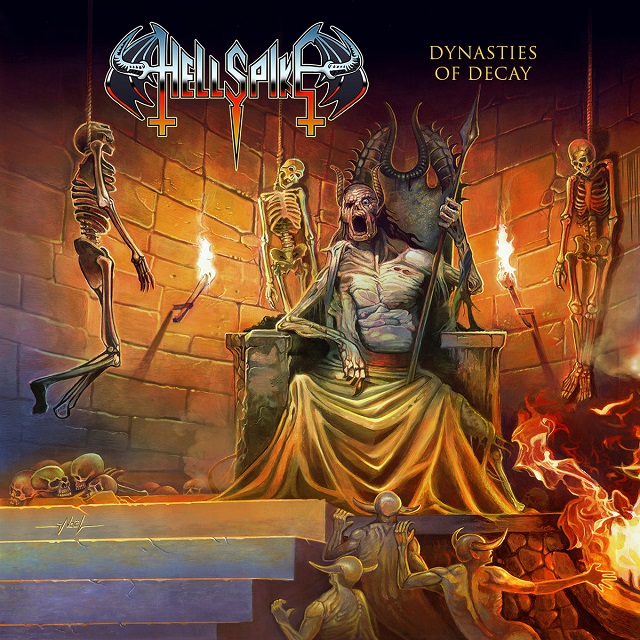 Sophomore effort from thrashing Portuguese old school speed metal trio. Truthfully, the promo literature characterization is a bit limiting, as the eight tracks have an undeniably strong sense of melody and are more in line with ‘80s proponents of Teutonic metal, who were rough around the edges, say (pre-pirate) Running Wild and/or Grave Digger (the first two albums). While Rick Metal's (bass/vocals) are gruff, they're discernible, and the music is more finely honed than either of those German legends were, early on. Good stuff.

Thumping drums are evident throughout the opening titular track. The dynamics fluctuate from all out speed, to well-paced, leaving space for a short guitar spotlight. "They Live" picks up the pace (pretty uniform for its duration), but with some groove. At 7:03, it lacks the urgency of its neighbors. By contrast, "Gone To Waste" is a more stereotypical, heads down, speed metal number, hammering from start-to-finish. The muscular musicality returns, on riffing "Hegemony Defied". An ode to the evils of the idiot box (probably now supplanted by the computer/phone, despite the so-called "smart" technology), "Divide To Rule" opens with the lyrics, "Turn on the TV, while turning off your mind." Guitars, while not slowing down, adopt a different tone for 4:42 instrumental "On Through The Times".

Snare smashing and swirling guitars are the rule for online lyric video track "Ruthless Invasion", the least imaginative of the eight inclusions. The parting shot, "Lost Reality" again possesses a strong sense of melody, much like the album began.