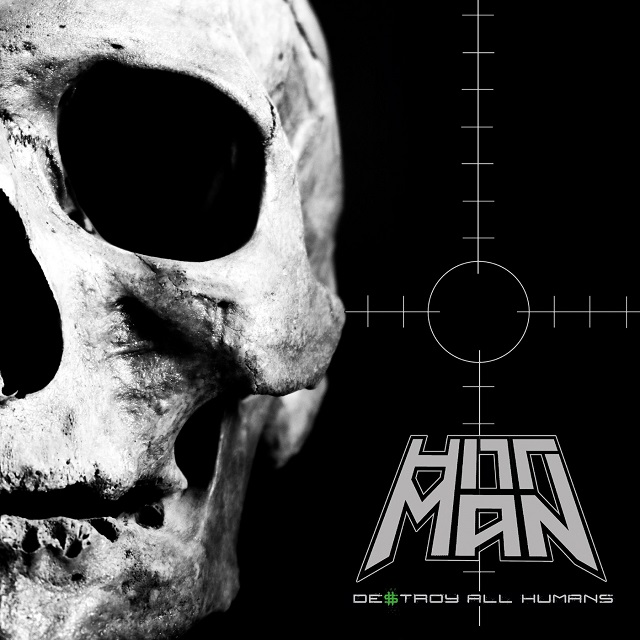 Their eponymous debut is an underground ‘80s gem. However, by '88, Roadrunner (parent to their label, R/C Records) was enamored with heavier sounds like Mercyful Fate, Pestilence, Sodom and new signee, Sepultura. Thus Hittman (while located near Manhattan the label's US home base) were left in the same tweener boat (neither poppy hair metal nor the burgeoning thrash/death) that stranded like-minded careers of labelmates Crimson Glory, as well as Fates Warning and, to a lesser extent, Queensrÿche and Savatage.

Don't expect the simple (naïve?) metal-ness of that magical debut, having been replaced by more prog elements. The opening title track reminds one of the resurrection disc from another ‘80s act, Warlord (i.e. '13 Middle Eastern tinged The Holy Empire), while there's a vintage Queensrÿche feel (think The Warning) to mid-tempo "Breathe". Never a bad thing! Jumping influences forward, to Tate's (former) clan, circa the commercial success of Empire, comes "The Ledge". Ditto the upfront vocals of more aggressive "Code Of Honor". Actually scary how similar the structures are to the better known Seattlites. Dispensing with any homage, to anyone but themselves, "Total Amnesia" retains a streak of their ‘80s glory. As such, my personal favorite. "1000 Souls" also hits the nostalgia mark, before "Out In The Cold" offers another nod to that band from the Pacific Northwest. Helicopter blades, police/ambulance sirens introduce the disc concluding "Hello, The Assassin", a storyboard seemingly developed via Mindcrime, which fades out to Dirk Kennedy's distant vocals and accompanying piano.

Add a point to the score if admitting to being a fan of the Ryche's two-decades of post-Empire output (pre-La Torre).