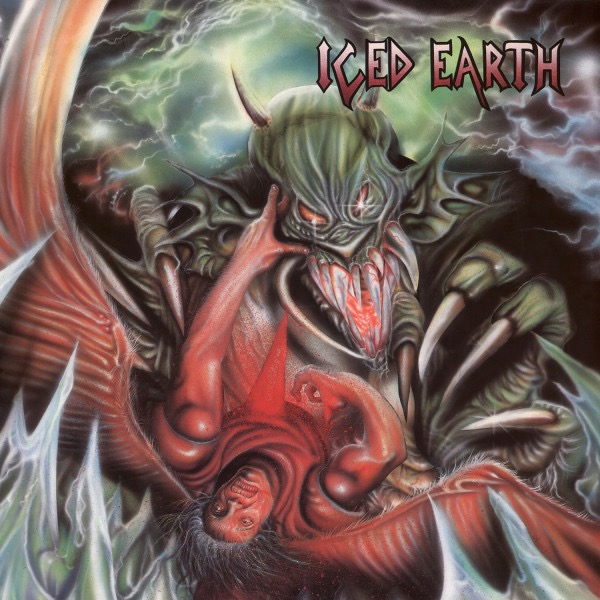 Century Media is celebrating the 30th anniversary of Iced Earth’s debut with a vinyl/CD reissue which includes a new remix and remaster job along with restoring the original artwork. The vinyl comes housed with a lyric sheet adorned with the alternate artwork featured on the original North American release. The upgrade in sound quality makes a tremendous impact on the music. This is a worthwhile reissue for any Iced Earth fan or anyone that is new to the power thrashers.

The bass holds a more pronounced punch, while there is a snappier drum sound to round out the rhythmic utilities of the band. The young crew throw out many ideas to the listener as mainman Jon Schaffer fits an avalanche of riffs into a 44 minute stew. There was an unbridled drive to those early Iced Earth records that rightfully drew much attention. Iced Earth is a raw, thrashing display with dashes of melody and familiar chord progressions that Schaeffer has reshuffled throughout IE’s career. The point of contention is Gene Adam’s vocal work. He screeches, is nasally, has radical tone shifts, rough around the edges, and overall isn’t a great singer. There is however a certain charm and uniqueness to him that exudes charisma and energy that makes him a precise fit for this youthful expedition.

For a record that is 30 years old, Schaffer could certainly use some cues for future Iced Earth offerings. Newer IE recordings are more deliberate and methodical (with some exceptions), while the unabashed blender of rhythmic transitions and riff changes of this record make it an intriguing listen, even after all these years. “Iced Earth” remains one of the best self-titled songs in all of metal while the mood swings of “Life And Death” is tremendous and including two instrumentals back-to-back, the acoustic, brooding “Solitude” and monstrous “The Funeral” was a brave decision that brilliantly pays off. Iced Earth is an exciting first glimpse of the band with an added freshness thanks to the excellent engineering work by Christopher “Zeuss” Harris.