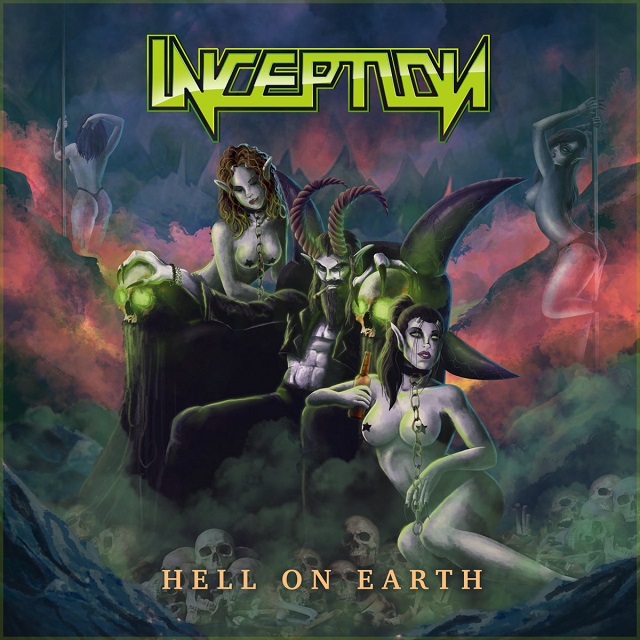 Full-length debut (after '16 EP) by traditional minded outfit from Costa Rica. Following short instrumental "Falling Into Hell" intro, it's the grinding guitars title cut. Closer to Black Label (complete with showy six-string section) than Black Sabbath. However, it's the only such inclusion. Odd, batting lead-off. At 2:44, "Gypsy Kiss", whose lyrics are almost exclusively the titular phrase, is the shortest track (but not by that much). It's more in the regal traditional metal vein (for as much time as it's allowed to develop, essentially a short, gritty guitar break). Lively "Princess Of The Night" (not the Saxon song) opts for the speedy, Teutonic clickety-clack formula. More like this one, please!

Vocals are really up in the mix on the mid-tempo "Trooper On The Ground". Rollicking "Brothers", is a fist thrusting anthem about metallic brethren. "Prisoner", while not the Iron Maiden cut, owes a debt to the Brits, in terms of structure. A decent album filler. Sedate, moody "Forbidden Love" showcases the voice of Daniel Chanto (who doubles on one of the guitars). "Agartha" goes in the opposite direction: machine gunning rhythm and prominent, staccato bass notes. Nothing wrong with "Midnight Skies" but would be one of my suggestions for paring down the dozen options within Hell On Earth. Apart from the hammering ‘80s Judas Priest guitar break, "Kill Your Demons", which regards personal travails, not mythical beasts, could musically be from (say) a Hammerfall platter. The prominent bass lines give it away, but at almost six minutes, "For A Thousand Miles" finale is the most ambitious offering, attempting something akin to one of those mammoth Maiden constructs. Sometimes simpler is better...k.i.s.s.

Given their locale, wouldn't mind checking the band out live. Keep me in mind guys, for any post-Covid record release party!