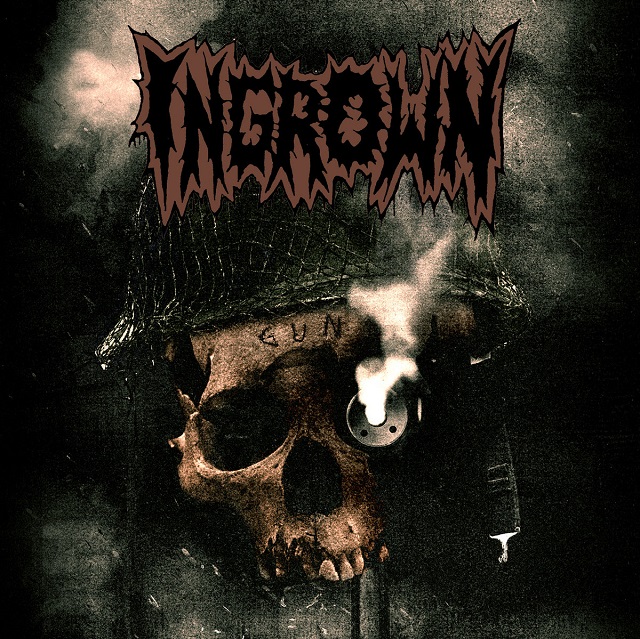 Boise, Idaho's Ingrown are getting things done on their debut, Gun. That cover art reeks of early '00s old-dog thrash band reuniting, but the tunes are much better, the band hitting hard and fast right out of the gate on awesome opener “Bad Luck”. Love the washes of feedback, the thick production, the fast hardcore and metallic chaos.

The band lay down NYHC groove too, end result on songs like rager “Waste” being something somewhere between Wolverine Blues-era Entombed, Converge's more straight-up hardcore songs, His Hero Is Gone b-sides, and Sick of It All's most pit-inducing moments. And good lord is that hitting the spot right now, even when things almost get too meathead, they're just fucking perfect, because, hey, we're all a bit meathead at the end of the day, I suppose. I love how they don't waste time: when they drop into a breakdown groove in “Fool”, you kinda think things are gearing up for a big one, then the song just ends after they do it a couple times. I mean, cool, that works for me, why belabour things? The title track's sludge and feedback could find this band opening for Eyehategod just fine thank you very much, and “Snake Stomp” could find them opening for Biohazard... or Napalm Death.

Closer “Their Plan” is frantic and fast punk, a perfect way to end this off. So, look, everything works here, the band raging through a ton of songs in no time flat, Gun serving as a fantastic opening statement of intent for a band that is, really, kinda finding their own sound even if it's made up of a bunch of familiar (and awesome) ones.