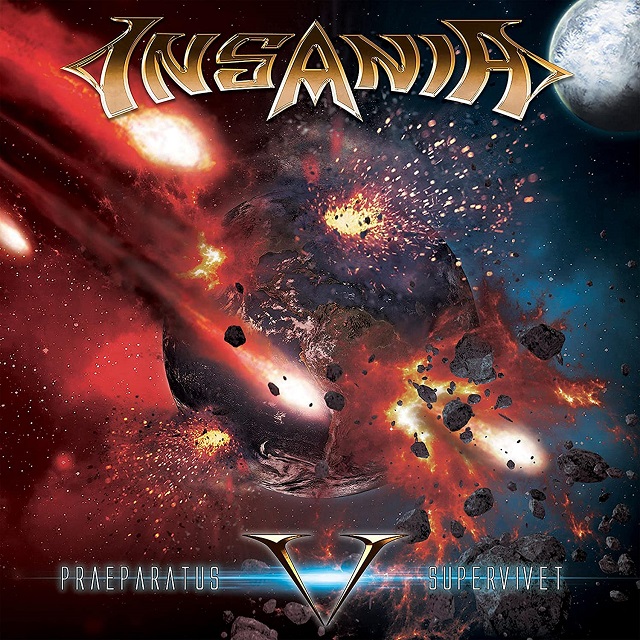 Been 14 years since the Swedish power metallers' last release, even longer, going back to their best material (Sunrise In Riverland, from '01, strongly recommended!). OK, it wasn't very original, but it WAS the best Helloween album of that era, as the Germans struggled with their legacy, trying to pull rabbits out of a hat, with a darker ride. Once Deris and Weiki righted the ship, Insania attempted to alter course (slightly), precipitated by line-up changes and musical winds of change.

The sawing of symphonic strings commences the otherwise full-on, fist pumping metal of "Moonlight Shadows". Downplaying the synth, a bouncy "My Revelation" is up next and comes closest to the band's prior Weenie infatuation. "We Will Rise Again" is meant to be an autobiographical mantra. After the keyboard intro it speeds off, probably the fastest passage on the entire disc. Unfortunately, "Like A Rising Star" is the brand of rapidly played, but heartless metal that's all too common these days (especially overseas). Nice twin leads though.

Timing is everything and the galloping hard rocking "Blood, Tears & Agony" recalls the concurrently issued Alcatrazz platter (ironically also entitled V). Nothing wrong with "Entering paradise", checking off the requisite boxes, but feels more like filler, rather than sporting any distinguishing characteristics. The subject matter might be hackneyed, but "Power Of The Dragonborn" is a mead flagon rising anthem of the first degree, while there's more prominent use of keyboards in the grittier toned finale, "The Last Hymn To Life".

Could have used more material like the standouts found in the middle of the running order, but welcome back nevertheless.