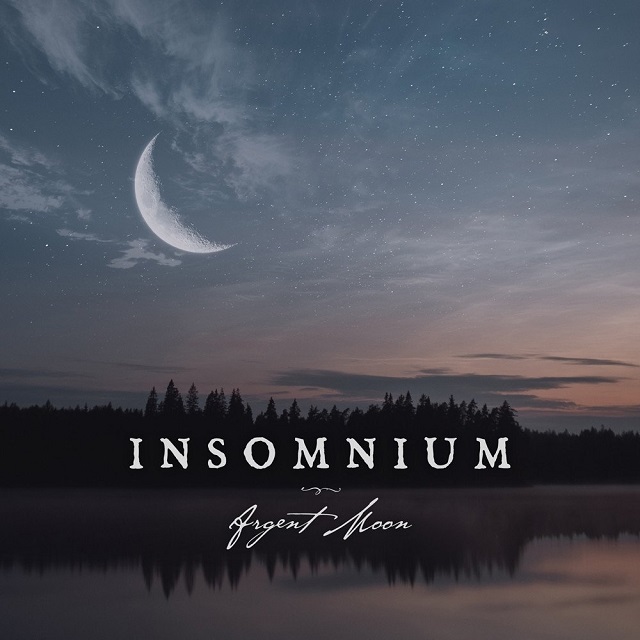 Finnish melodic dark metallers Insomnium have returned with their Argent Moon EP – consisting of singles released throughout 2021 and works as a steady meal before a (hopefully) full-length is released. The Finns weave somber musical passages and melancholic instrumentation with reflective lyricism that fans can expect along with some minor twists.

Four tracks – all which begin with “The” at the beginning of the song titles, each have their own character, but flow together seamlessly to form a short story. Third track “The Antagonist” is an eye-brow raiser that manages to make the listener feel sympathy towards someone seen as a foe and the healthy mix of keys and acoustic guitar adds a soulful, emotionally crushing touch to the cleanly sung chorus. It doesn’t feature a guitar solo, but it doesn’t need it as “The Antagonist” is a strongly put together song and emblematic of the songwriting talent Insomnium possess.

Acoustic strumming begins “The Reticent” while the drums take a slow, tribal type beat flows and the inclusion of a synth solo towards the latter part of the track is an unexpected, but welcome added touch. Opener “The Conjurer” is also the longest going past 7 minutes using keyboards and acoustic to build a growing a somber atmosphere with Niilo’s shimmering growls.

Closer “The Wanderer” takes the crown for best offering with a tempo change that leads to a faster bit at the latter part of the track with powerful lyrics, including the chant “Death won’t take me!” Can see this going down well in a live setting. Bringing former Sonata Arctica guitarist Jani Liimatainen on board in 2019 was a boon as his soft, clean vocals provide a stark contrast to Niilo Sevänen’s commanding growls. This is especially shown in “The Reticent” with Jani taking the soft verses while Niilo roars in for the chorus.

Insomnium fans will adore this EP and if you’re looking for some gloomy melodic death metal, then be sure to check this out.