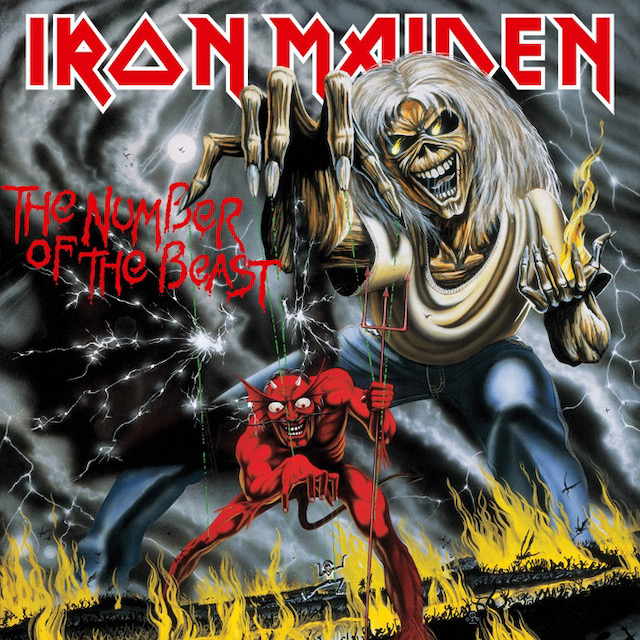 By and large, when an established rock or metal band changes their lead singer, bad things happen – either artistically (1998’s Van Halen III) and/or commercially (1994’s Mötley Crüe). Iron Maiden is one of the rare instances where a vocalist switcheroo helped elevate them in both areas – when Bruce Dickinson inherited the lead singer spot from Paul Di’Anno, in time for 1982’s The Number Of The Beast.

Featuring some of Maiden’s best-known tunes (the title track, “Run To The Hills,” “Hallowed Be Thy Name”) and fan favorites (“Children Of The Damned,” “The Prisoner,” “22 Acacia Avenue”), TNOTB served as Maiden’s global breakthrough. And right around the time of the album’s release, a performance by the group at the Hammersmith Odeon in London was recorded…and sat on a shelf for many years (before eventually being issued in 2002 as Beast Over Hammersmith, as part of the Eddie’s Archive CD box). 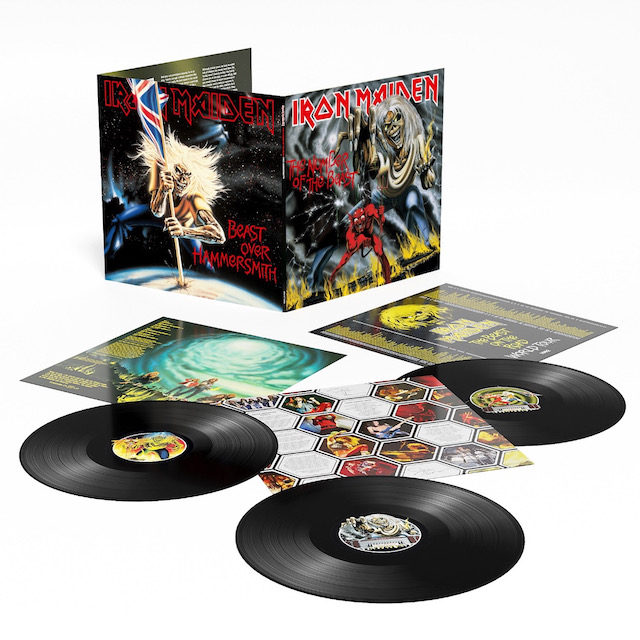 And now, to mark the 40th anniversary of the release of the original album, The Number Of The Beast / Beast Over Hammersmith (40th Anniversary Limited Deluxe Edition) has been issued. As the title suggests, both releases have been combined together as a 3-LP vinyl/limited edition release (the first time BOH has ever been available on vinyl), which also includes liner notes by Mr. Stephen Percy Harris. The stellar Dickinson-Murray-Smith-Harris-Burr line-up is on fire and sounds inspired throughout – balancing renditions of the then-new Beast material with many Di’Anno-era gems (“Another Life,” “Phantom Of The Opera,” “Prowler,” etc.). If you’re a metalhead and in possession of an adequate turntable, this is an absolute, 100%, no-questions-asked purchase.