JOHANSSON & SPECKMANN – The Germs Of Circumstance 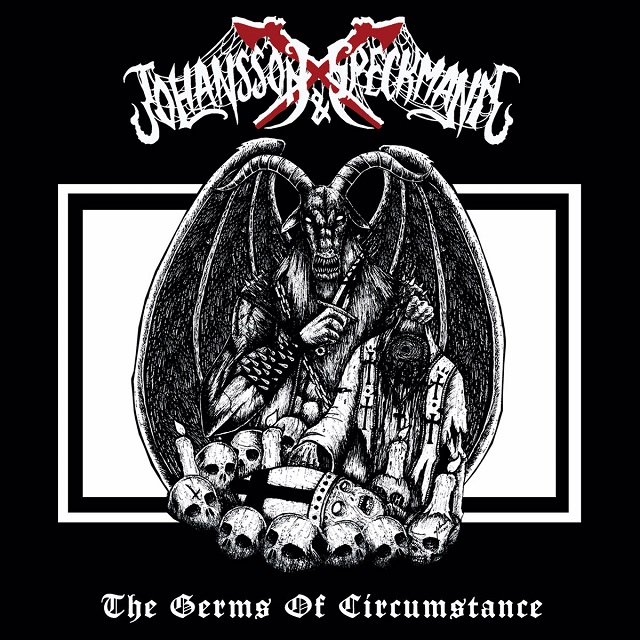 You kinda know what to expect with Johansson & Speckmann, the duo of Rogga J. (Paganizer, Ribspreader, etc. ) on guitars and bass and Paul S. (Master, etc.) behind the mic laying down dirty, dirty, and dirty death metal here on their fifth album under this moniker (Brynjar Helgetun of Ribspreader and Megascavenger is on drums).

These eight songs go past in 27 furious minutes, and, yes, it’s a dirty half-hour, but amongst the burble and murk are some memorable, almost punky, songs, such as the excellent “One World One Leader”. It’s so barbaric it’s almost hard to believe death metal albums like this are still being made in 2020, but, hell, if you’ve made four J&S albums, why not make a fifth? The guys clearly have a lot of life left in them, here just sprinting to the finish line for most of these tunes (see the grinding one-two punch of “Generations Antidote” and “Confessions Of A Vital Leader”), the band focusing on fast, which they do wonderfully, having the mid-tempo stomp under their belts just fine thank you very much at this point (also under their belts: killer guitar solo in the album closer, the awesomely titled “Devour Engage The Hour The Rage”). This is a refreshing, fun, enjoyable DM record, one that, like so many before it, is not reinventing anything but is not pretending to; instead, these two lifers are having a blast and giving us a totally raging record while doing so, one that has a surprising amount of life and vitality in every riff and vocal line.