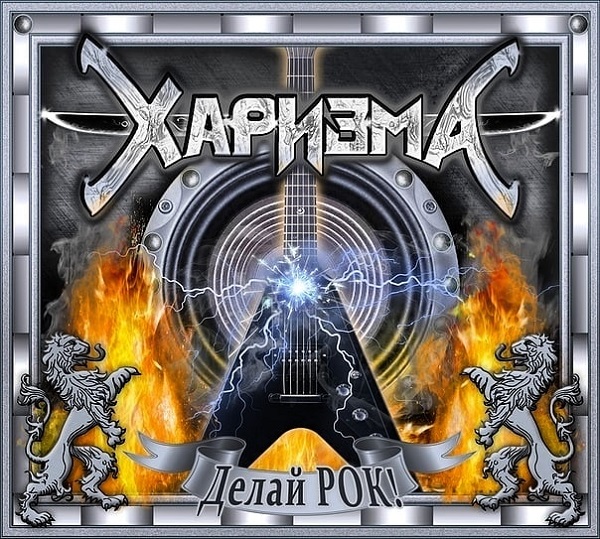 Russian language power metal from heretofore unknown entity (moniker translates to Charisma and the album title, Do Rock!). Judging from online commentary (taken with the requisite skepticism) something of a controversial album, departing from the sound heard on the initial pair of releases, as here they embrace a more commercialized approach.

That said, there's a heavier guitar crunch than is typical of the genre, especially within "Царь/Tsar". With neo-classical guitar and keyboard-laden, fist-pumping rhythms akin to someone like Stratovarius (not too surprising, given Finland's proximity to Russia), Харизма have the technical skills to compete on the international scene, but unlike black metal, non-Anglo lyrics have, thus far, pretty much been a non-starter within their professed style of music. There are little pre-recorded enhancements sprinkled throughout: street crowd noise, tolling church bells, watery sounds, etc. "Верный/Faithful" adopts more of a traditional metal bent (reduced use of synth), while acoustic-begun ballad "Сохрани/Save" is a lighter/ illuminated mobile phone waving moment. Staccato riffing opens more regal "Бессмертный воин/Immortal Warrior" and the title track has an ‘80s flavor, especially with the repeated shouts of "Rock!" come the chorus. A short, instrumental bit of bluesy noodling, "Время/Time" ends with the ticking of a clock. Ends strongly with "Революция/Revolution", another number that should be used as a signpost for future releases (don't be afraid to go-for-it across the entire album's running order). Dasvidaniya!