KISS – Off The Soundboard: Live In Virginia Beach 2004 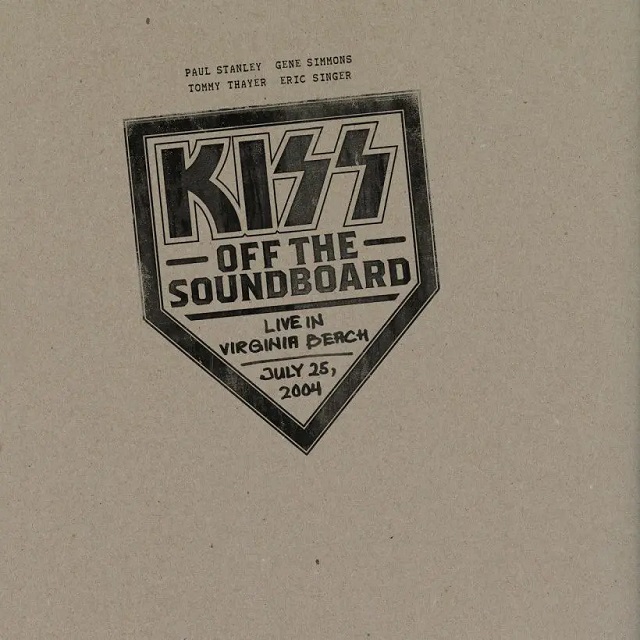 What a difference three years makes. Universal Music launched what appeared to be a new series of KISS live recordings lifted straight from the soundboard in 2021 – beginning with Tokyo 2001 featuring the odd, short-lived lineup of Paul Stanley, Gene Simmons, Ace Frehley, and Eric Singer. A unique point in their history, the band is energized and seemingly out to prove a point even though it was supposed to be their farewell.

Fast forward three years and the farewell is forgotten with KISS back on the Rock The Nation Tour on Off The Soundboard: Live In Virginia Beach 2004 featuring Simmons, Stanley, Singer, and new guitarist Tommy Thayer. This tour held a stronger setlist of lesser played material, however the performance is plodding, lifeless, strained, and a slog to get through. It’s confounding why this particular show was chosen as it’s a terrible representation of a group known for electrifying live shows.

The Starchild's vocal deterioration hasn’t been a secret, but it’s depressing to see how evident it is on the Virginia Beach performance. It reveals itself early-on with show opener “Love Gun”; Paul screeches and limps his way through it and then struggles more on the ripping and sleazy Rock ‘N’ Roll Over cut “Makin’ Love”.

MVP of the show is Eric Singer who provides tasteful fills and lively drumming, especially on “100,000 Years”. Simmons provides a solid and sturdy vocal and bass performance, but seems to just be going through the motions while Thayer does what he needs to do as the new Spaceman. He recreates Frehley’s solos with precision, but struggles on the unmasked, Bruce Kulick era tunes like “Tears Are Falling” and “Unholy”.

The setlist is the best aspect of Live In Virginia Beach – cuts like the Hotter Than Hell opener “Got To Choose”, Revenge metal blazer “Unholy”, Destroyer triumph “King Of The Night Time World”, and Rock ‘N’ Roll Over highlight “I Want You” provides a nice contrast to staples “Detroit Rock City”, “Shout It Out Loud”, “Deuce”, “Love Gun”, “I Was Made For Loving You”, and of course the finale “Rock And Roll All Nite”.

Best performance is of the seductive “She” from Dressed To Kill as the guys really go for it – just wish that passion was evident in the other tracks. Live In Virginia Beach is the for the diehards only – a confusing choice that will (hopefully) redeem itself on the third release from this series.