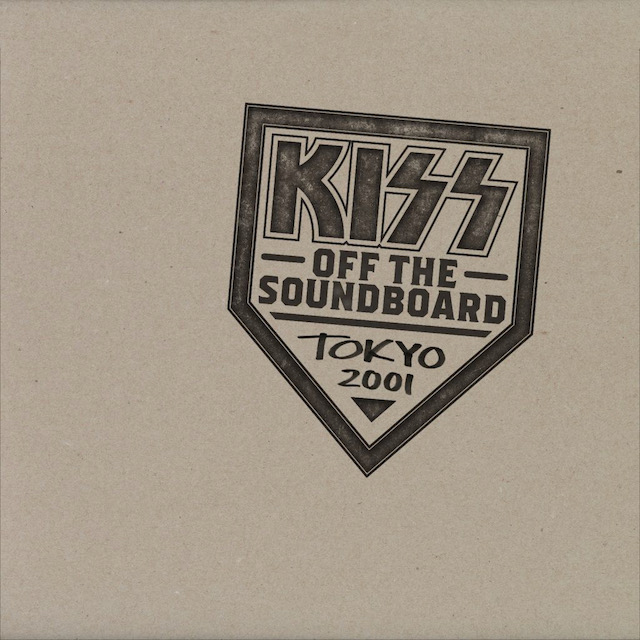 Paul Stanley asks the wonderful people of Tokyo if they’re feeling good seven times throughout the duration of this new live release. This seemingly new live concert series from KISS, Off The Soundboard: Tokyo 2001 delivers that good feeling in this 2 hour set that is most enticing to KISS fans and diehards because it features the odd, short-lived lineup of Paul Stanley, Gene Simmons, Ace Frehley, and Eric Singer. It’s also humorous to note this show from 20 years ago was on the band’s farewell tour and well…they’re currently on their farewell tour again.

Sound wise, the vocals are up in the mix, unfortunately Ace’s guitar isn’t as loud as the other instruments, which is a shame. Singer nails his parts on the drums and it’s great hearing him let loose and not be as simplified as he is today. The whole show is intact so all of Paul’s stage raps are in all their glory as one of the greatest frontmen of all-time is in “Rock N’ Roll Preacher” mode and best of all, his voice is still in top condition, although some signs of wear and tear are present.

The best part is this is a true rock ‘n’ roll show, flubs and all. It’s hard to think fans won’t derive enjoyment from it, however the problem lies in the setlist. Other than a couple differences, this is the tried and true KISS setlist and songs that have been heard live a billion times. The true perk of the show is hearing Ace belt out Unmasked cut “Talk To Me”. All the other standards are intact like “Detroit Rock City”, “I Love It Loud”, “Love Gun”, “Deuce”, “Lick It Up”, and “Shout It Out Loud”. It’s always a joy to hear Ace crank out “Shock Me” complete with the guitar solo and Gene’s blood routine with “God Of Thunder” is a highlight. Paul shines on ‘80s era track “Heaven’s On Fire”, and debut album diamonds “100,000 Years” and “Firehouse”. Of course there are certain songs that must be played, but there’s nothing wrong with freshening things up with a diverse range of cuts.

Singer seems to have given the band a jolt as this moment in time shows KISS as a band that could still deliver the goods. What’s unfortunate is in leading up to the release of this, neither Paul nor did Gene made any mention of it; which is shame because Tokyo 2001 is a fun show to listen to from a unique time in their career.