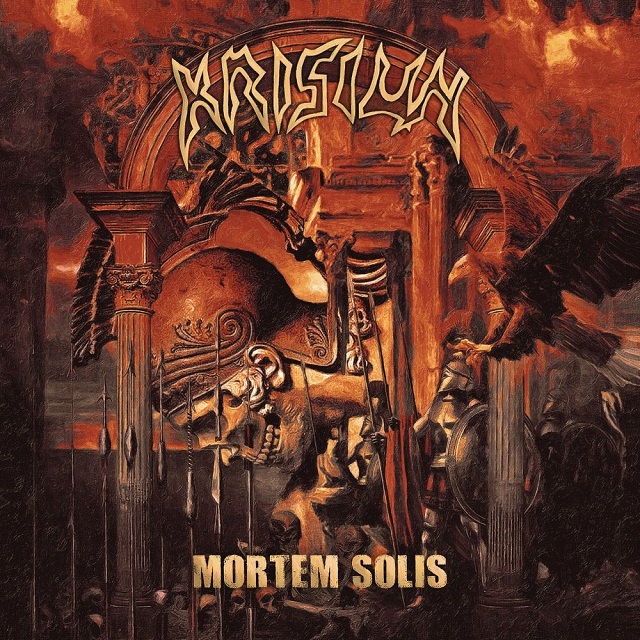 “Death metal is getting soft,” one of the Krisiun monsters grumbles in the press material accompanying their twelfth (!) album, Mortem Solis. So it's no surprise that opener “Sworn Enemies” is just barbaric Brazilian DM of the highest order, not that we'd ever expect anything less than that from this band.

And if we're being honest, as the years have piled on, I don't so much think of individual Krisiun albums as being better or worse than the others, it's just, here's a new fucking Krisiun album, it's going to be savage, it's not going to have a horrible drum production sound like that one did like 10 albums back or whatever, and there's going to be absolutely nothing wrong with it. So, “Serpent Messiah” brings the head-spinning guitar work and caveman tom thumping; “Swords Into Flesh” is a perfect example of that swirling riff thing that only Krisiun does, and they do oh so well; “Necronomica” splits, shreds, destroys necks with its groove.

So, yes, it's another killer Krisiun record, songs like the ultra-heavy “Tomb Of The Nameless” and manic “Temple Of The Abatoir” immediately proving themselves to be classic cuts in a repertoire that is slowly but surely becoming filled with them, and closer “Worm God” shows the band has as much head-shaking extremity in them as ever, the song a wonderfully weird way to close things off, all labyrinthine and puzzling and goddamnit I love Krisiun and I love this record.