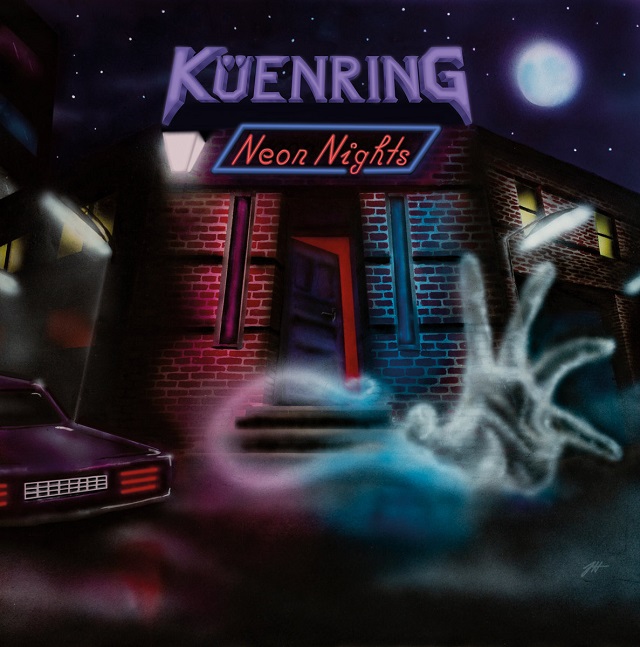 Alongside countrymen Roadwolf, seems that traditional metal, from neighboring Germany, has finally grabbed hold of Austrian youth. While the ten selections tend to take a little while to get going (frequently the intros could be halved, for more immediate impact), once engaged, this is an enjoyable mix of up-tempo ‘70s hard rock (think quality, pre-"Jump" Van Halen) and classic, no-frills metal. Part of that comparison is due to the showcase of nuanced guitar work, slicing through the convertible-top-do cruising anthems. That would include video/single, "Don't Give A Shit" and 2:30 "Danger Zone" guitar workout.

Atypical of its surroundings, the slow, low chug of guitar comprises the stomping, but gradually loosening "Demon". Of course there's opportunity for an extended section of fleet fingers in there, which actually fades the song out. More usual noises herald the "26a" follow-up, where a lengthy instrumental passage (guess which one is spotlighted?) again leads the tune to its conclusion. As elsewhere on the disc, its the drum/guitar interplay, especially to start the likes of "Finish Line" that recalls the VH brothers. The vintage axe tones on "Further On Through The Night" sound like they could have been an old Cali outtake.

Never a big VH guy (certainly prefer listening to anything off the first two platters over 99% of so-called pop music, past or present), but feel confident recommending Küenring to fans of David Lee Roth & Co. especially in light of Eddie's untimely demise and the unlikely nature of "new" music from the 70s legends. Quench that overdue thirst.