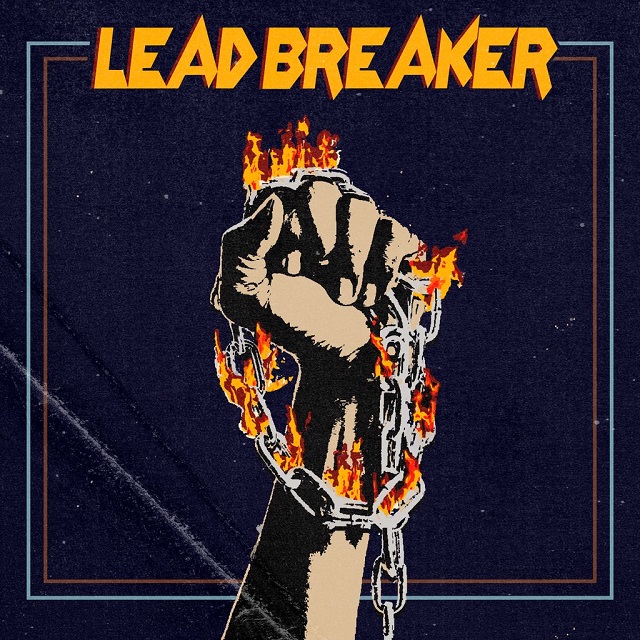 New entry in the NWOTHM stakes, courtesy of Sweden (already a prodigious contributor to the scene). Shame about the poor album cover, but maybe in the digital download era (even amongst metalheads) that won't be a hindrance to wider acceptance. The ten tracks vary between 2:39 and 11:27.

"Wild And Free" kicks things off, a standard 4/4 beat. The vocals are almost squeaky, cartoon pitched, but the infectious beat makes it an easy sing-along. Picking up the pace, drum begun "The Hammer Strikes" is a wailing, high-pitched, adrenaline fueled shuffle. In the second half, it offers a bluesy guitar solo, before returning to a more maniacal, headbanger. Throughout the disc, an old school homage to the UK affinity for blues based hard rock repeatedly rears its head. Rumble of bass and syncopated drumming introduces "Sacrifice". A lively punky urgency, "Into The Fire" sounds like an upper register Bon Scott, especially the essentially spoken (as opposed to sung) lyrics. Straight ahead "Uncrown The King" is a personal favorite, recalling a red lined Rainbow tune ("Can't Happen Here"?) even with the unleashed falsetto.

Nearly a dozen minutes long, the mammoth-length, meandering blues of "New World Order" is somewhat political: a fight for freedom, taking a stand against what they perceive to be the status quo. "No freedom of speech. You are under control. We change all of history, so what we say is your reality We demolish the means of democracy, now worship the false god of equality." In reality, much of the composition is an extended guitar workout, seemingly a couple of songs (as well as tempos/styles) melded into one track. When the engine revs, they're at their best.

"A Test From The Gods" is the first (only) mythological/sword and sorcery option. There's a spoken word section, accompanied by a lone guitar. Owing a nod to Judas Priest cuts like "Grinder", there's "Torture (In The Night)", the guitar slicing through cleanly. "Running Out Of Time" calls out mundane lives: "Get out of bed, you're a mess. Play with your phone, you're slow. Take a shit, play with your dick. You call that life? You're full of lies. You're running out of time, It's now or never. You need to get your shit together, or you will be left behind." The band's signature tune closes the debut. A fitting number to play for the rest of your days.

Not sure of the intention of the moniker, as "lead" has multiple meanings in English. Anyone familiar with this music should understand the concept of a lead break, in terms of guitars, yet weight-wise, "lead" is a heavy metal. Regardless of what the Swedes wanted, it translates to "kick ass!"