LEGIONS OF THE NIGHT - Sorrow Is The Cure 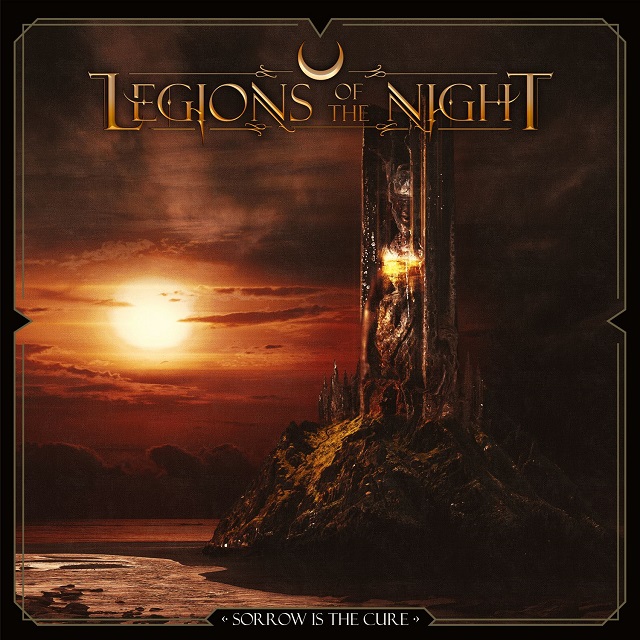 New German outfit, featuring longtime vocal pinch-hitter Henning Basse (Sons Of Seasons, ex-Metalium), claiming to be "based upon classical Savatage influenced rock and metal, Legions Of The Night play diverse and dark heavy metal." In case anyone missed the moniker/influence, the disc ends with their rendition of "Sirens" off the Floridians' debut. That said, the use of dynamics, especially piano/keyboards, and multiple voices DOES recall the 'Tage, albeit (regardless of cover tune option) the post-Hall Of The Mountain King variety. Witness the piano ballad "Someday Somewhere". Invoking such a hallowed band is a dangerous proposition.

However, as enticing as it sounds, have the same issue with Legions (why co-op a moniker lifted from an era you don't even attempt to replicate?) as I do/did with much of the Zak Stevens material (certainly in comparison to the early Jon Oliva repertoire): a predominance/reliance on pedestrian, singer/songwriter material, at the expense of the metallic. So beware. "Train To Nowhere" (what an accurate title) opens, with a rare rush of (thorazine? No.) adrenaline. Follow-up, "Lie" adopts a more bellicose posture, but lumbers in place. The Savs' vibe is all over "Walls of Sorrow", which begins with some frenetic six-strings, but settles for mid-tempo. At 7:20, it's the longest construct and the musical underpinning of "pain & horror, in these walls of sorrow" chorus recalls a similar position in ‘80s Alice Cooper ("Poison"). Listen for yourself. "Find The Truth" is slightly faster than a march, while "We All Walk Alone" ups the pace (slightly, and not throughout) and intermittently returns to the heaviness of "Lie". Basse opts for a strained, vocal harshness in "Shoot And Save". The title cut is another piano ballad, which almost gets the aggressive/serene Savatage formula correct: too little of the former, too much of the later, but still one of the album highlights.