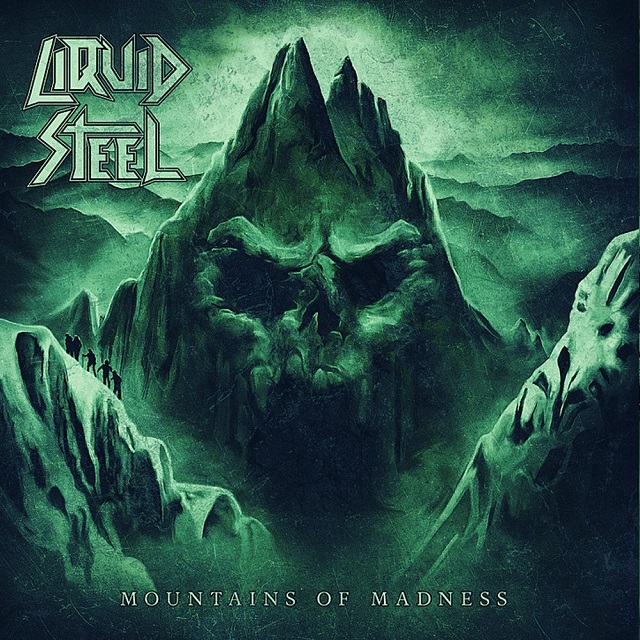 Third album from Austria's Liquid Steel, and by the looks of that logo it is in the family with others from this New Wave of Traditional Heavy Metal. If you know Riot City, Haunt, Ignitor, Ambush, SkullFist, yeah it’s what you are getting with Liquid Steel. And I must say, guess all the best band names have been taken, because this newer generation bringing back the old school just don't have much to work with.

The voice and delivery reminds me of the singer from Cauldron, has that kind of monotone passive delivery, and similar backing vocal harmonies. Its ok, a pleasing voice. "Traveler In Time" has the elements of classic ‘80s metal, while second track "Victim Of The Night" a solid mid pace tempo. By "Heavy Metal Fire" I am also hearing Night Demon, and Enforcer especially in the chorus. And of course the NWOBHM but the likes of Angel Witch, Satan, early Tygers. Maiden and Saxon have a place during "Phoenix" between a catchy hook and riff. Nice pick up in the tempo and twin guitar work for "On The Run" where the vocal delivery also has more life. Six Minute "Alpine War" reminisce of a triumphant HammerFall song. And then by track eight, "City Lights", is a surprise LA sunset strip rocker with that cowbell, riff, and scream. Same with the riff and whistle begun "Nothing To Lose", is this old L.A. Guns? Both totally out of nowhere.

I'm not sure where I stand on this one, half NWOTHM, a quarter ‘80s glam hard rock metal. Band name and logo blend in with the lot of them, but the artwork though is solid. The musicianship and intentions are there, but production could be better. I'm half on board, half thinking it may be lost in the pile.