LOANSHARK - The Queen Of Hearts 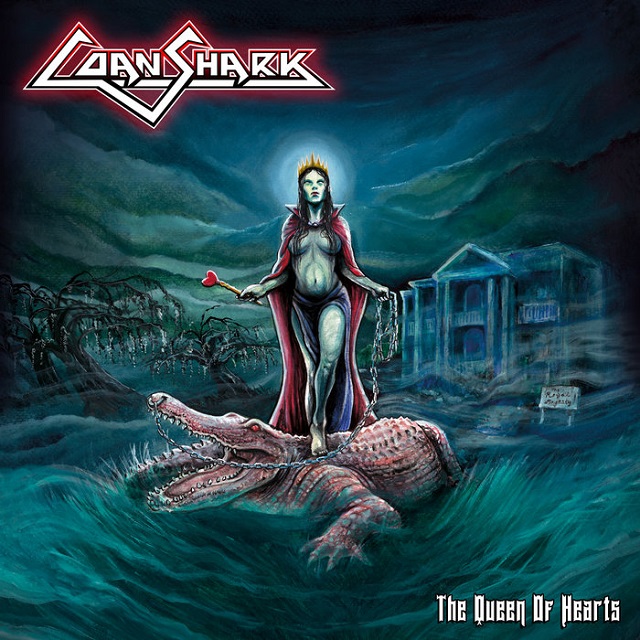 Not to be confused with the Spanish outfit by the same name (who employ umlauts), this bunch are from Finland and the current eight songs constitute their full-length debut, following up a '16 EP. Thankfully they've done away with the cartoon shark head (ala Riot's fur seal) that adorned the aforementioned release. High energy, traditional metal, with an accent on twin guitars (no keys, a bit unusual for young Finns, given the metallic successes from their homeland) is the name of the game. "Red Light Overload" walks that fine line between poppy commercialism and infectious Bodom-style sing-along chorus (complete with break-out solo). Speaking of the Hate Crew, "The Final Hour" ups the ante, in terms of pace, and might be confused for their better known/now defunct countrymen, apart from the higher pitched/whiny vocals of Ville Saikko. He unleashes a scream, as the nearly six-minute "When The Blind Leads The Blind" kicks off. A catchy number, it ends with a bit of falsetto. Love the riff in "Till The City Sleeps" finale.

Competent, if unremarkable. A stepping stone to greater things?