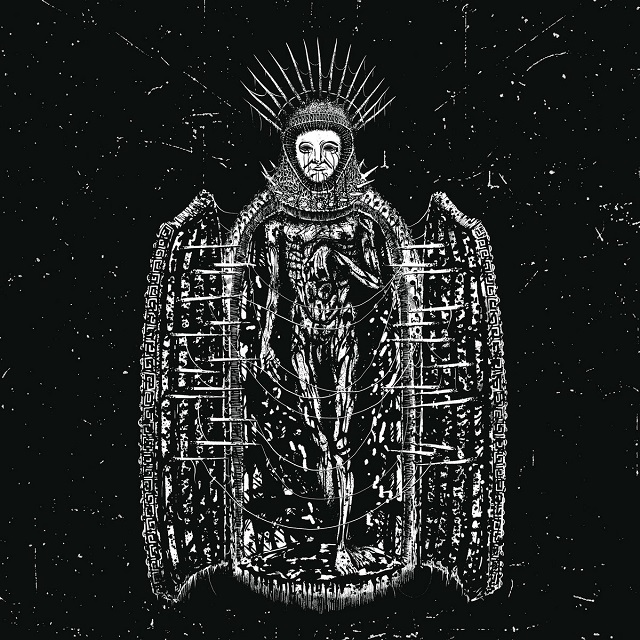 This Toronto-based trio (two vocalists going high and low, one guy who does all the instruments) play a form of apeshit cosmic/cavernous war metal here on their debut full-length, which follows up last year's Primordial Dawn EP.

And, man, we're listening, although it's a painful listen, all treble-heavy razors to the earholes, grinding and blasting not so much Conqueror or Blasphemy as it is, man, I don't know, it brings to mind a solo project of one man's interpretation of Revenge's war metal filtered through Blood Incantation's aspirations brought to you courtesy of your toilet's production qualities. And are there songs? Of course not. I mean, there are 10, yeah, but it's just a huge ball of noise, sometimes there's a couple seconds of silence that I guess indicates a new song is beginning, but you could drop the needle at any random point on this record then pick it up again four minutes later and call it a song, no matter what's happened during that time. But, I'll take “Clubbed Into Pulp”'s massive crush of a sound if you had a gun to my head, and I love it when the band then crawl into “Unrelenting Force”, which almost has a... groove... to it, before it grinds the tar out of you, that is.

Throughout the album, the drumming is pure caveman grind, the guitars just a piercing steely buzz, the bass steamrollers along, the vocals drown it all out at times... I'll be the first to admit that 41 minutes of this is a lot to handle, and I love this stuff. But that's testimony to this band's outrageous commitment to extremity, and we can't fault that at all. So, kinda unlistenable, but, naturally, kinda excellent.