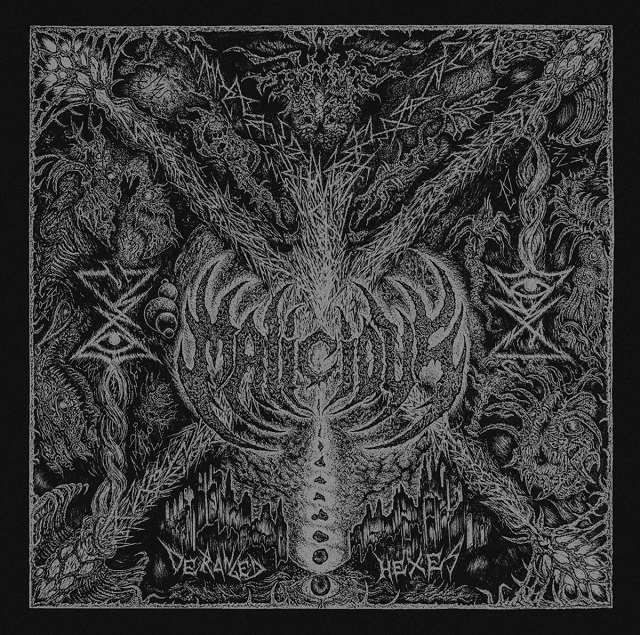 Finland’s Malicious certainly aren’t doing any fence-sitting on Deranged Hexes, their debut full-length album. The band spend the album’s 25-minute runtime absolutely blasting through their frantic, grinding, DM-infused blackthrash, also channelling the sounds of South American extremity of decades past along the way. It’s a delightful way to spend half an hour, the songs absolutely just blurring together into one huge mess of thrashing black, blackened thrash, and thrashing death metal, all treble-heavy and barbaric; by song six, “Nefarious Mutations”, it’s almost humorous how one song ends and the next starts and everything is just one stream of consciousness of chaos.

I’m not entirely sure how often I’m going to be reaching for this one for repeat listens, but that’s a bit of a shame, as when it’s playing, it completely hits the spot, Malicious absolutely going for it and absolutely nailing it with this almost comically energetic and stubborn album, the band barely holding it together as they just race, race, race to the final cut, the title track, which rages at more or less the exact same tempo as the previous seven songs, although it maybe actually ramps up the hysterical riffing a touch, preparing us for what’s to come next berserk album out.