MENTALIST - A Journey Into The Unknown 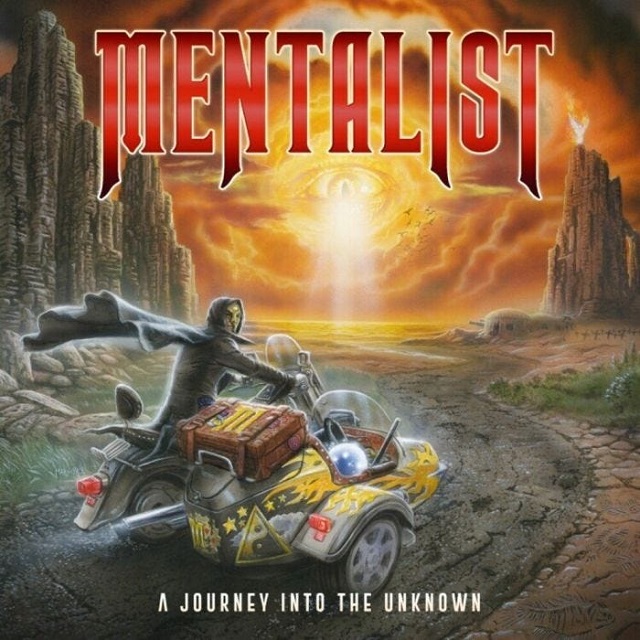 Drums courtesy of former Blind Guardian skin beater Thomen Stauch, with bass by the ubiquitous Mike LePond, although the New Jersey native isn't actually part of the band. Four-stringer Florian Hertel became a first-time father and was unable to commit to the recording of their second album. He is not the only guest, as Kamelot keyboardist Oliver Palotai (aka Mr. Simone Simons!) can be heard throughout the ten tunes (as "Horizon" is just a 71 second, instrumental table setter) and Henning Basse (ex-Metalium/ex-Firewind) is in duet on "Live Forever". Given those specs, probably already have a good idea of what's musically on order, with Mentalist.

Just in case, it's speedy, often stratospheric scraping, high pitched power metal (minus the requisite ballads, which come across as Mr. Big hand-me-downs). The title track comes storming out of the gates. Old school Stratovarius fans will find much to their liking. Not sure if they could fit any more rhyming words in that one. Punchy "Evil Eye" showcases plenty of guitar flare, while frenetic "Dentalist" (no joke!) has an 8 bit video game quality, but it's the soaring and airy "Battle Dressed" which claims the top spot. If you don't like that one, forget about the rest of the choices.

"Live Forever" just feels like an eternity, at 8:10. Halfway through, thought it was done, but goes off on an instrumental "journey" all its own, before the two voices are reprised, come the end. Disc ending "Manchild" is a stylistic and lyrical departure, playing on every guys fear (at some point in their life): your girl of interest, going out with someone else.

Overall, good stuff, but minor criticism: Next go-round, get an editor (producer?) to keep the songs under five minutes, as those that exceed that critical mark repeat the same stanzas, when a shorter, snappier track would have a greater effect.