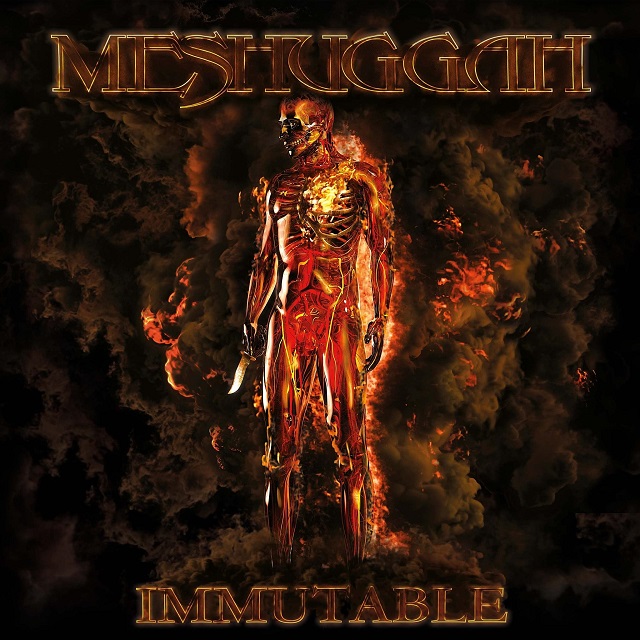 Shocking really how little the mighty, legendary Meshuggah has done over the past decade: Immutable is only their third full-length since 2012. But, quality over quantity, and if a band as good as this wants to take their time creating their art, let 'em.

Opener “Broken Cog” sets the tone nicely, a slow-burn rager that has all the atmosphere and sideways riffing one goes to this band for, with an excellent production sound adding to the intensity. “The Abysmal Eye” follows it up by taking the intensity up a notch, and while it's pretty easy to sort of stop for a second and think, haven't we heard this before, well, sometimes it just doesn't matter when maybe we kinda have, but maybe this stuff still kinda rules. “Light The Shortening Fuse” features some of the band's most effective use of melody to date, and “Phantoms” and “Ligature Marks” find the groove and lock in, hard; also, the latter's inventive guitar work in the closing bit totally rules.

Like all Meshuggah records, I get a bit cross-eyed and glazed over by the three-quarters mark, here “Kaleidoscope” ringing in that exhaustion as song 8 of 13, although “Black Cathedral” is a nice bit of noisy-guitar breathing room after it, and late-album highlight “Armies Of The Preposterous” is immersive and enveloping and “Past Tense” offers welcome closing respite. Despite the whole thing going on for a few songs too long—which we knew would happen—Immutable is yet another extremely strong addition to Meshuggah's catalogue... which we knew it would be.