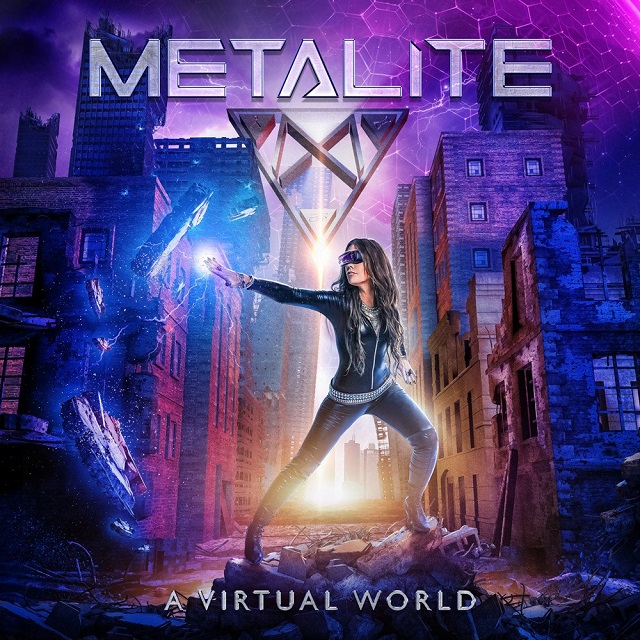 Some band names truly DO define a band: Slayer comes to mind. On the opposite end of the metallic spectrum, there's Metalite (aka metal light), a saccharine-filled offering sure to delight dentists, the world over. Originating from Sweden, the poppy/dance beat laden third album even sounds like an old ABBA disc, albeit played at the wrong (faster) speed. In an era of fem-metal, they're fronted by the luscious Erica Ohlsson, yet Metalite go one better (and like their famous ‘70s countrymen/women), add a second dose of estrogen within their ranks, drummer Lea Larsson. What a pair!

This is definitely targeted at a younger metric than my old, classic metal bones, but that said, can see fans of like-minded Amaranthe quickly following in step (pun intended) with Metalite rhythms. If your concert experience includes getting to the venue as early as possible, to pack yourself as close to the barricade as possible, then jump around (in place, not moshing), and sing along to upbeat, happy sounding anthems (in this case, examining the unhealthy reliance of humanity on technology), then Metalite is your band. Lots of synthesizer/keyboards and syncopated drums, the odd mechanized voiceover and an imaginary (I think) mirrored, disco ball rotating overhead. Sort of a pre-packaged, high energy workout/spinning class mix tape. Just don't listen at least six hours before bedtime, lest you be awake all night, mind racing as fact as these video game inspired tempos.