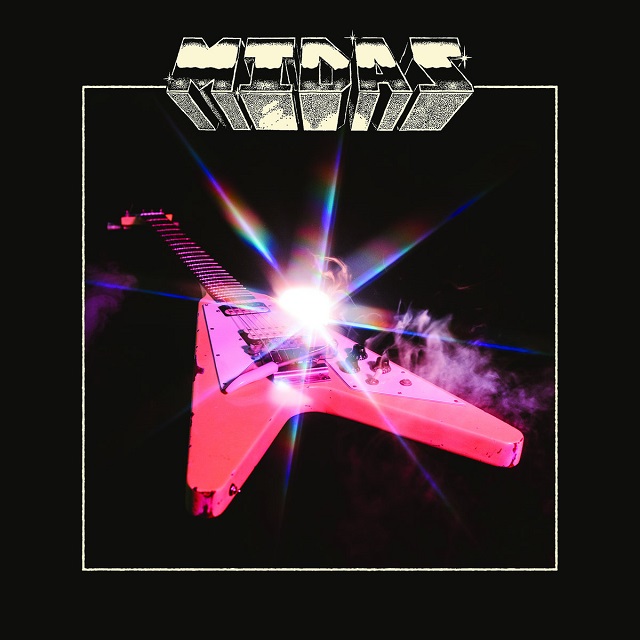 Long way to go, Detroit outfit heading to a Greek label for their official debut (LOVED the collection of demos that came out on Dying Victims, back in early '20). Timing is everything, having witnessed the band live, for the first time, just days before hearing this release. Pleased to report, Midas still possess the touch: rollicking ‘70s inspired hard rock/proto-metal with infectious, easy sing-along choruses.

"Slaves To The Night" opener rides a drum beat on the titular chorus. Booming bottom end is the most prominent aspect of "Nobody Gets Out Alive", with a sound reminiscent of that earlier compilation, including the dual guitar interplay. A bit unique, "Hellfire" begins a bit (purposefully) off-kilter, then turns into an aggressive, rumbling, bass driven tale of a card game with the Devil. "Break The Chains" threatens to become a saccharine, retro-‘80s synth pop tune (complete with higher pitched vocal). What saves it from becoming such is the guitar break (typically omitted from like-minded efforts), here delivered with a bit of an echo effect. "Eyes In The Cold" is another number that could have been lifted off the demo package. Instantly recognizable as Midas, especially with the twin leads. A quick sound effects opens the bouncy riffing of "Hell Has Frozen Over", an instant classic. A speedy shuffle, "Running Scared" is really the first (only) balls out rocker: sure to get the noggin' bobbling. Toms, ride cymbal and flailing guitars, what's not to like? Midas like to keep things moving, as none of the eight compositions eclipses five minutes and half are at, or under 4:00. The concluding "Golden Chariots" is the most complete (but nowhere near longest) number. There is more instrumentation (less lyrics) than the others.

While studio tracks may sand down the demo era burs, can guarantee that they're still evident in-concert (even on these new songs).